Two other products that may not necessarily launch during the Oct. 30 event are also apparently on the way, according to respected analyst Ming-Chi Kuo with TF International Securities.

The first, Kuo says, is an updated version of Apple's iPad Mini product line. The current iPad Mini 4 that made its commercial debut in late 2015 hasn't been upgraded since then. 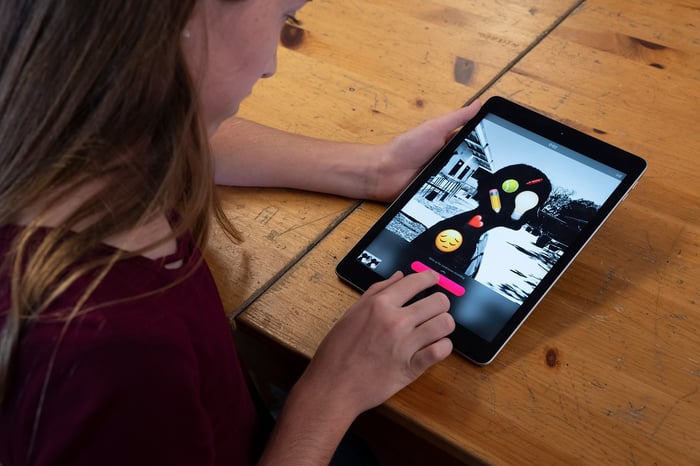 The second is the company's AirPower charging mat. Apple previewed AirPower during its iPhone launch event last year and said it would become available in 2018. But as my colleague Evan Niu points out, "Apple has reportedly run into technical challenges in developing the device, with it overheating."

As for the refreshed iPad Mini, MacRumors' summary of Kuo's report says that it'll "feature an upgraded processor and a lower-cost [display] panel." MacRumors also says Kuo "does not know ... if Apple will announce it during the [October 30] media event or launch it sometime later in the year/early next year."

"According to Kuo, Apple could launch new AirPods and the AirPower either late in the fourth quarter of 2018 or early in the first quarter of 2019," MacRumors wrote.

As we consider some of the expectations around the new iPad Mini, I'll explain why bringing AirPower to market would be a positive for the company.

What could the new iPad Mini bring?

An upgraded processor for a new iPad Mini is practically a given, since the current model has an A8 chip that's more than four years old. At a minimum, I'd expect Apple to endow a new iPad Mini with the A10 Fusion chip that powers the current 9.7-inch iPad. That's far from Apple's state of the art in chip design, considering the company introduced the A12 Bionic back in September, but it would still be a massive step up from the A8.

Not only would the A10 Fusion deliver a big jump in both CPU and graphics performance over the A8, but it also has a superior image signal processor, which could help Apple deliver camera upgrades with the new iPad Mini.

Kuo makes mention of a display panel that's cheaper than the one used in the current iPad Mini. Today, Apple sells the iPad Mini 4 with 128 GB of storage for $399 -- just $29 cheaper than its more advanced 9.7-inch counterpart. I wouldn't be surprised if the upgraded iPad Mini were explicitly aimed at significantly lower price points than the iPad Mini 4 is.

The display on the iPad Mini 4 has the same number of pixels as the display on the standard iPad but in a smaller area, translating into higher pixel density and, therefore, a sharper screen, than on the 9.7-inch model. I wouldn't be surprised to see the rumored iPad Mini upgrade come with a display that offers fewer pixels than the current model, yet enough to achieve the same pixel density as on the 9.7-inch model, to cut costs and potentially even improve battery life.

The importance of AirPower

To that end, I'm encouraged by Kuo's claim that Apple still plans to bring this accessory to market, even if it winds up coming later than expected.