Credit reporting company Equifax (NYSE:EFX) reported its third-quarter earnings on Wednesday after the market closed, and to say that investors were disappointed would be an understatement. As of 3:00 p.m. EDT on Thursday, Equifax's share price was down by more than 14%.

For starters, Equifax missed estimates on both the top and bottom lines. Earnings of $0.32 per share represented a drop of nearly 60% from the same quarter in 2017. Adjusted for certain one-time items, EPS came in at $1.41, which missed expectations by a penny. Revenue of $834.2 million was about $23 million less than analysts had been looking for. 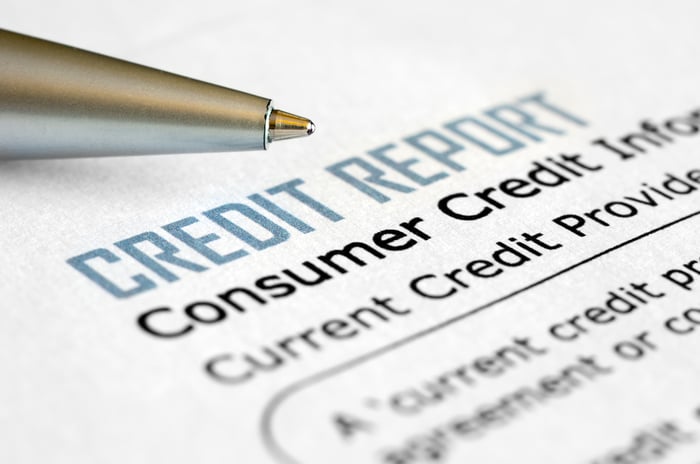 Equifax's management said that the slowing demand for mortgages, as well as currency headwinds, were largely to blame for the subpar performance.

Perhaps more importantly, Equifax issued disappointing guidance for the fourth quarter. The company sees earnings of $1.30-$1.35 and revenue of $835-$850 million, whereas expectations called for $1.43 and $863.8 million, respectively.

Equifax continues to be haunted by its infamous 2017 data breach. The company reported $116.5 million of expenses related to the breach during the third quarter alone and this brings the total to more than $220 million year to date. With the uncertainty of those ongoing expenses and the company's failure to meet revenue or earnings expectations, it's no wonder that investors are hesitant to hold the stock in their portfolios.

CEO Mark Begor said in the earnings release that the "third quarter was another step forward as we wrk toward returning to our normal growth mode." Well, until that return to normalcy takes place, it could be difficult to make the case in favor of Equifax as an investment.