Axos Financial Inc. (NYSE:AX), formerly known as BofI Holding, reported its first-quarter fiscal 2019 results on Wednesday. They may not have been awe-inspiring when compared with its past financial performance, and that's especially true when considering that its expenses -- both operating expenses and interest costs -- are increasing much faster than its earnings.

But just looking at the numbers without proper context can lead to poor conclusions, particularly for a company like Axos, which has a history of smart investment into areas of its business that then pay off with big profit growth. Furthermore, management is taking steps to improve the balance sheet and drive down its cost of capital in the very near future. 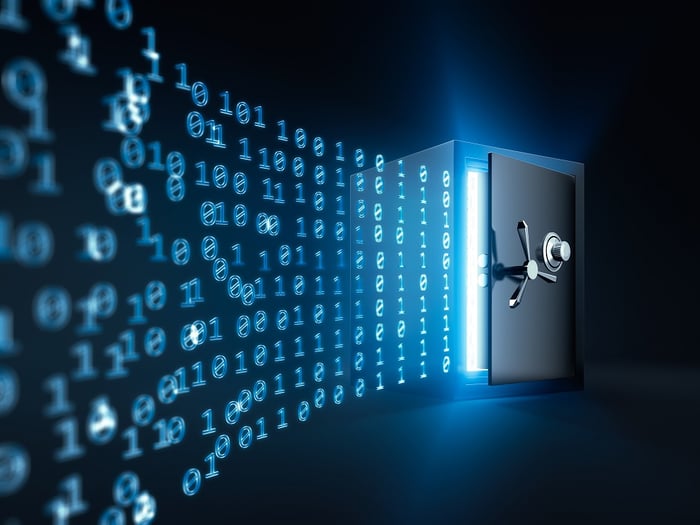 Let's take a closer look at what the online bank -- and burgeoning financial-services provider -- reported, as well as what management had to say. There are some important takeaways investors shouldn't miss.

Higher expenses take a bite out of profit growth

Here's a look at some key metrics for Axos Financial's first quarter:

On one hand, Axos Financial delivered solid, if not spectacular, earnings growth, with EPS up 16%. The adjusted figure, a non-GAAP number, backs out some nonrecurring expenses related to the Nationwide acquisition and excess FDIC insurance expense that also won't recur, boosting the bottom-line number above 20% EPS growth.

Why expenses were higher

Yet within this growth, higher expenses nearly across the board hurt several key operating metrics. Efficiency ratio, which measures the percentage of Axos' revenue required to cover its noninterest (operating) expenses, fell from 40.5% last year to 51.5% (lower is better here). This is a significantly lower level of operating efficiency for Axos, which has historically spent less than 40% of its revenue on operating expenses.

On the earnings call, CFO Andrew Micheletti said that $2.1 million of the increase in operating expense was due to acquisitions, including some noncash, nonrecurring amortization expense, and additional FDIC insurance premiums due to some temporary balance sheet transactions.

But the biggest direct source of higher operating expense was an $8.5 million increase in salaries and related costs. This marks a continuation of Axos' steady investment in growing a bigger banking and financial services operation. Axos has made multiple acquisitions and internal investments across many parts of its business in recent years. This includes expanded auto and commercial & industrial lending, business-equipment leasing, and expanded financial offerings like trustee and fiduciary services, not to mention the expansion of its successful partnership with H&R Block.

Interest expense also surged 59% to $36.5 million in the quarter. The average interest rate paid on deposits was significantly higher, at 1.96% in the quarter, up from 1.36% in the year-ago quarter.

The initial reaction many investors may have to this is that Axos is struggling with the impact of rising interest rates on its deposits.

There's some truth to that. Axos paid higher average interest rates across the board last quarter, and the quality of its deposit mix also worsened. Axos finished the quarter with an average of $4.38 billion in savings and demand deposits, down from $4.69 billion last year. It also paid a 1.59% average interest rate, versus 1.01% year over year.

Most concerning, Axos offset the decline in low-interest savings and demand deposits with a $753 million increase in high-interest time deposits (mainly CDs), at an average rate of 2.59%, a 63% higher rate than it paid on checking and savings. In all, $11.3 million of Axos' $13.6 million increase in interest expense was tied to this change in mix, plus the 58 basis-point increase in interest rates paid to checking and savings customers.

At the same time, it saw only a 37 basis-point improvement on the average rate it earned, resulting in the reduction in net interest margin as described above.

What management is doing about it

This has been a real concern for many banks over the past year. Rising interest rates can be great for banks, as long as they minimize the impact on deposits, and leverage rate increases on lending. In recent quarters, Axos has seen rising rates have the opposite effect, putting a squeeze on its net interest margin.

But management is taking steps to reverse that trend.

The Nationwide acquisition, announced earlier this year, will add around $2.5 billion in new deposits to Axos' books but -- as management emphasized on the earnings call -- won't directly result in a major increase in the balance sheet. The vast majority of those deposits will replace higher-cost time deposits that it will let run off, and advances from the Federal Home Loan Banking System that it will pay back. This is expected to reduce the bank's funding costs by $20 million to $25 million in the first year after the deal closes, which is expected to be in November.

Management also expects its acquisition earlier this year of Epiq -- which provides specialized software and consulting services to Chapter 7 bankruptcy and non-Chapter 7 trustees and fiduciaries -- to yield more low-cost deposits. On the earnings call, CEO Greg Garrabrants said, "The existing $1 billion of Chapter 7 bankruptcy and non-Chapter 7 deposits currently held at seven partner banks represents an opportunity to reduce our cost of funds while we transition to deposits to Axos over the next four to six quarters."

The recent acquisition of COR Clearing -- an equities and securities clearing-service provider and margin lender -- will add $470 million in "sticky, low-cost deposits" as described by Garrabrants, which the company expects it can build on. Axos plans to invest more capital into this business to help drive more deposit growth, as well as grow the approximately $35 million in annual-fee-based income COR generates now.

As management pulls levers for the long term, the short term could be bumpy

In addition to offering more detail on the soon-to-close Nationwide Bank deal during the earnings call, Axos also announced that it had reached a five-year deal with Nationwide Insurance to co-market each company's products and services to one another's customers. Garrabrants pointed to Nationwide's base of 6 million customers -- including 600,000 small businesses -- as a "tremendous opportunity" for Axos.

Axos also took a step in expanding its wealth management capabilities, announcing the acquisition of WiseBanyan, an online robo-advisory and wealth-management services provider. With approximately $150 million in assets under management, this acquisition won't have a material impact on Axos' earnings, but it does help the company establish a foothold in another area of financial services.

As things stand right now, Axos has a substantial number of irons in the fire that are causing higher expenses as they take time to deliver incremental earnings benefits. These include the full integration of multiple acquisitions, without the full benefit of some of the low-cost deposits that will eventually shift away from other institutions and onto Axos' balance sheet. Once that happens, these deposits will drive down deposit costs, while also helping to expand its net interest margin and revenues, which should result in a better efficiency ratio.

In the meantime, this means it could be a little murkier to process the company's earnings results, with so many moving parts that will take longer to add to the bottom line. But since Mr. Market doesn't like mystery, it could make for a bumpy ride for Axos investors. On one hand, that's not fun when you're a shareholder. But on the other, it could result in opportunities to buy if the market gets it wrong.