Despite the business posting expectation-topping third-quarter results, shares of the food delivery company Grubhub (NYSE:GRUB) fell as much as 18% in early-morning trading on Thursday. Shares were down about 9% as of 10:53 a.m. EDT.

Here's a review of the key numbers from the company's third quarter: 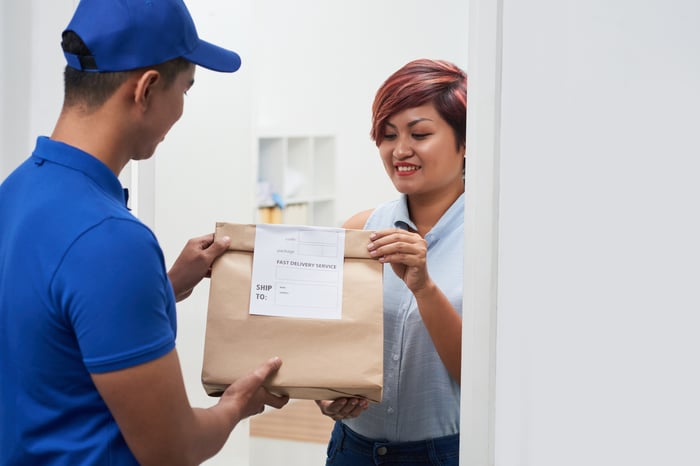 Turning to guidance, here's what management is projecting will happen in the upcoming quarter:

So if the results were solid and guidance was good, what can explain today's sell-off?

It is possible that this quote from Grubhub CFO Adam DeWitt can explain the decline:

We are opportunistically investing an incremental $20–$30 million in marketing and delivery expansion in the fourth quarter, taking our total 2018 investment in growth to substantially more than $200 million. The 200 total delivery markets we will launch in 2018 plus accelerated diner growth put us in a great position to capture takeout orders as they move online.

Another possibility is that this is just normal market noise, since several high-multiple stocks have been selling off recently.

Short-term price movements aside, I think it is clear that Grubhub is doing a great job at executing against its huge market opportunity. I also applaud management's decision to keep its foot on the gas to open up even more markets and drive future growth.

In total, I see plenty of reasons for bulls to remain optimistic. With the share price currently on sale, it might not be a bad time for forward-thinking investors to consider opening up a position.