Jefferies Financial Group (NYSE:JEF) is still getting used to its new identity, having changed its name from Leucadia National earlier this year. With a new focus on its financial businesses, Jefferies is no longer defined by a strange conglomeration of widely disparate businesses in industries like meat processing, but that means that it's subject to the wild swings that the financial industry can deal out during turbulent times.

Coming into the company's third-quarter financial report, Jefferies investors were looking for revenue declines but modest rises in earnings. The top-line results that Jefferies delivered were better than some had expected, and the reason was simple: a good set of results for its merchant banking division. 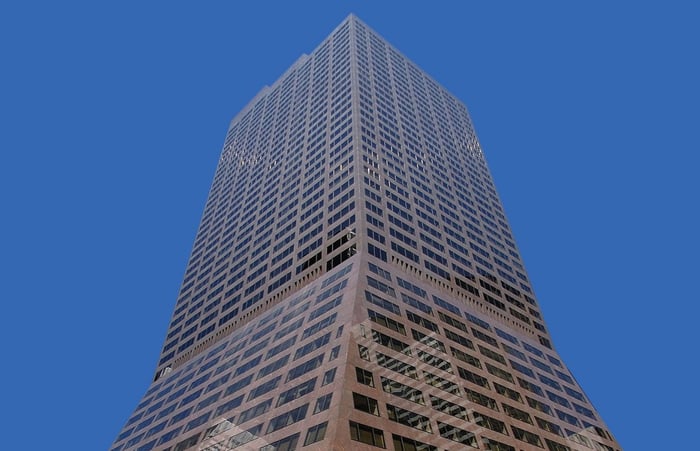 Jefferies Financial Group's third-quarter financial results were mixed in most investors' eyes. Revenue soared 34% to $1.15 billion, which was far in excess of the consensus forecast among those following the stock for roughly $900 million on the top line. Net income attributable to Jefferies shareholders very nearly doubled to $192.6 million, although the resulting $0.55 per share in earnings fell just short of the $0.57 per share that most investors had wanted to see.

Jefferies got very different performances from its segments. The key Jefferies Group LLC division, which provides the lion's share of revenue for the overall company, saw its top-line totals fall by 3.5%, and pre-tax income for the segment fell by nearly a third from year-earlier levels. The company's "other financial services" segment managed to double its revenue, although profitability stayed relatively constant. The merchant banking area, though, featured a more-than-tenfold rise in segment revenue, and it went from a pre-tax loss a year ago of more than $90 million to a gain of $194 million.

Elsewhere, Jefferies Financial Group said that certain one-time items had a big impact on third-quarter results, including a pre-tax gain of $222 million on the sale of its Garcadia unit. Mark-to-market losses on its investment in Spectrum Brands and impairments against its Golden Queen position weighed against Jefferies' overall results.

What's ahead for Jefferies?

Jefferies CEO Rich Handler and President Brian Friedman kept their comments very short. "As we discussed during our recent investor day," Handler and Friedman said, "we are pleased and confident in our momentum and future prospects."

Operationally, Jefferies made some key moves to coordinate its business activity. The company's fiscal year will now end on Nov. 30, which will line it up with the fiscal year that subsidiary Jefferies Group LLC uses. The parent company also continued its new practice of paying dividends, with another $0.125 per-share quarterly payment expected at the end of November.

Shareholders seemed content with the report, and the stock didn't make any immediate moves in after-hours trading following the announcement. It'll still take some time for investors to get used to what the new Jefferies Financial Group structure will look like, but the company's ability to find ways to keep its numbers moving higher has some of those who are closely watching the stock feeling increasingly comfortable with Jefferies' position in the industry.