Shares of Synergy Pharmaceuticals (NASDAQ: SGYP), a commercial-stage biopharma, are down 72% as of 10:25 a.m. EDT on Friday. The huge plunge is a reaction to a series of negative business updates that were shared with investors today.

First, management stated that they hired an advisory firm in 2015 to look for a strategic buyer or partner. The company confirmed today they haven't received any reasonable offers. As a result, Synergy has decided to stop looking. 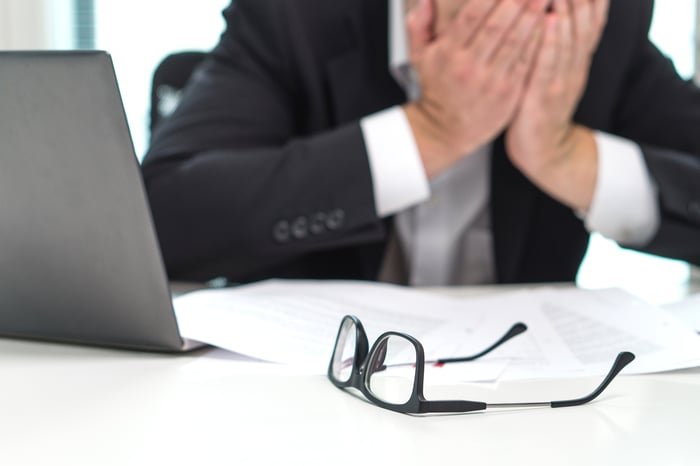 Second, Syngery admitted that it is having problems renegotiating the terms of a loan agreement that it has in place with CRG Servicing. The current agreement contains a covenant on sales and liquidity that the company is currently not satisfying. As a result, they admitted they might default on the loan, which could lead the company to seek bankruptcy protection.

Finally, the company stated that sales of Trulance have been slower than expected due to to "a highly competitive market access environment." Sales this year are expected to land between $42 million and $47 million. That's far lower than the minimum revenue covenant of $61 million that its term loan agreement with CRG calls for. This means the company might have to repay between $38 million and $51 by March 31, 2019.

Given the trio of negative news, it is no surprise to see shares being obliterated today.

Most companies don't use the word "bankruptcy" lightly, so Synergy's current situation appears quite dire.

Right now, Synergy looks like a falling knife, so I'd advise investors to stay far away from this deeply troubled business.