If I could buy only one stock, I would look for a company that had a product or service that was nearly impossible to replicate. I would also want the company to be in an industry that was experiencing growth to provide it a tailwind going forward.

A handful of solid choices could fit the bill in different industries, but one that keeps floating to the top of my list is leading video-game maker Activision Blizzard (NASDAQ:ATVI). Game companies own intellectual property that can't be duplicated -- the same way Walt Disney's Mickey Mouse or Star Wars can't be duplicated.

Activision Blizzard makes some of the biggest games in the industry, such as Call of Duty, World of Warcraft, and Overwatch. More people are playing games every year, which is helping the industry grow at a healthy clip. Plus, other exciting opportunities like esports could pave the way for big profits down the road. 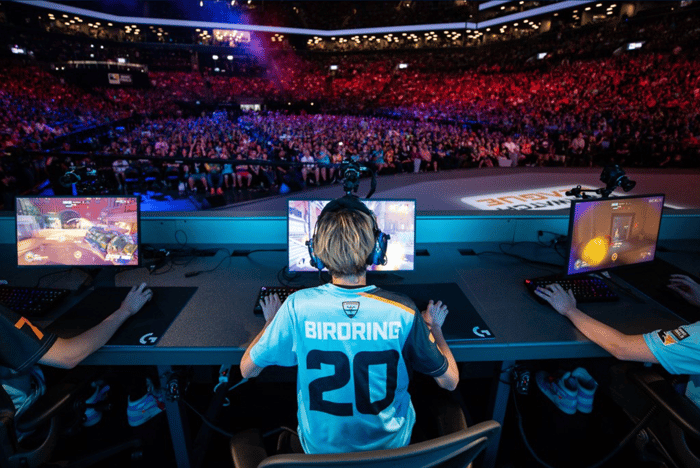 Activision has been a market-thumper

The company has experienced huge momentum recently, and I believe there's plenty of growth still ahead. Over the last five years, Activision's revenue has grown 59% cumulatively, while free cash flow per share has climbed 116%. Supporting that growth is a booming industry that is currently growing around 11% per year and is expected to reach a total market value of $180 billion by 2021.

With eight franchises that have each generated over $1 billion in sales, Activision has clearly cultivated a work environment that attracts and inspires some talented game designers. But the most exciting aspects of the company's future are the growth possibilities which don't involve selling more games.

There are 352 million monthly active users playing the company's games as of the second quarter. Most of that base consists of players of the company's mobile games, including Candy Crush. Activision has a significant related opportunity in mobile advertising, merchandise sales, media rights for esport events, and sponsorships. All these new revenue channels could significantly grow the company's top line over the next decade.

With some events like the League of Legends World Championship filling stadiums, and entertaining audiences with lighting effects and music, esports is rapidly becoming a mainstream form of entertainment on the same level as concerts and traditional sporting events.

If you're not familiar with the esports opportunity, here are a few numbers to give you an idea of how fast it's growing.

The number of esports spectators is currently growing 14.4% per year and is expected to reach 557 million by 2021, according to industry researcher Newzoo. Goldman Sachs estimates the annual esports market could grow four times its current size to reach nearly $3 billion by 2022. For perspective, the NFL generates about $12 billion in annual revenue.

Activision is in the best position of any video-game company to benefit from this trend. The company's Overwatch League championship was the hottest ticket in town over the summer: The finale of the inaugural season was a sell-out at Barclays Center arena in Brooklyn.

The game-maker has also been ramping up its Call of Duty World League, which is not quite as popular as Overwatch League but could quickly gain traction, especially with the level of interest the latest Call of Duty: Black Ops 4 has received from the multiplayer gaming crowd.

What's more, Activision has more games viewed on the popular game streaming site, Twitch, than any other game maker. This is both a testament to the company's ability to consistently produce titles that appeal to a wide audience and evidence of its esports growth potential. In addition to Overwatch, Activision's World of Warcraft and Hearthstone typically rank in the top 10 most-watched games on Twitch. Hearthstone has great esports potential, since the game boasts a player base of 70 million players, which is nearly double the player count of Overwatch.

Activision is a buy

Activision is not the fastest-growing company you could invest in, but it has consistently produced gaming experiences that millennials love. I liken Activision to investing in Disney, except that Activision's popular game titles and esports leagues put it more on the cutting edge of where young people are spending their time. In sum, Activision has delivered market-beating returns to shareholders so far, and I see no reason to believe that won't continue over the long term.