Shares of First Data (NYSE: FDC) have gotten crushed today, down by 12% as of 11:30 a.m. EDT, after the company reported third-quarter earnings results. The retail commerce and payment solutions provider cut its profit forecast for the year.

Total revenue in the third quarter was $2.37 billion, while segment revenue excluding reimbursable items came in at $2.16 billion. Analysts had been expecting the latter figure to be $2.2 billion. Non-GAAP net income was $340 million, or $0.35 per share. The consensus estimate had called for $0.36 per share in adjusted profit. Segment EBITDA rose to $815 million, representing an EBITDA margin of 37.8%. First Data generated $671 million in operating cash flow, of which $444 million was free cash flow. 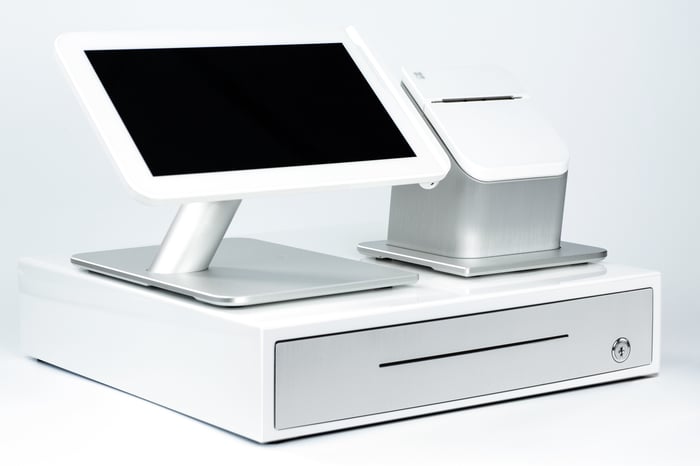 "This was another quarter of strong operational execution and performance," CEO Frank Bisignano said in a statement. He continued:

We generated solid top-line contributions from our core merchant acquiring and card issuance businesses as we ramped up new mandates and saw continued strong performance from high-growth businesses including ISV, Clover and our international markets. We also continued to take steps that will enhance our long-term performance by divesting non-core businesses and remain on track to achieve our leverage goals. Heading into the final months of 2018, we expect to close out our best year as a public company with good momentum into 2019 and beyond.

However, the company reduced its full-year guidance, and now expects full-year adjusted earnings per share to be in the range of $1.38 to $1.40, down from its prior outlook of $1.42 to $1.47 per share in adjusted profits. First Data attributed the shortfall to negative impacts associated with foreign currency movements and a "modest dilutive impact" from recent divestitures.