After the announcement of FDA approval of a new drug, shares of TherapeuticsMD (NASDAQ:TXMD), a biotech focused on women's health, fell as much as 10% in afternoon trading on Monday. The stock recovered a bit and was down about 9% as of 2:45 p.m. EDT.

TherapeuticsMD announced today that the FDA has approved TX-001HR -- which now goes by the brand name Bijuva -- for sales as a treatment for moderate to severe vasomotor symptoms related to menopause. Vasomotor symptoms are more commonly known as hot flashes. 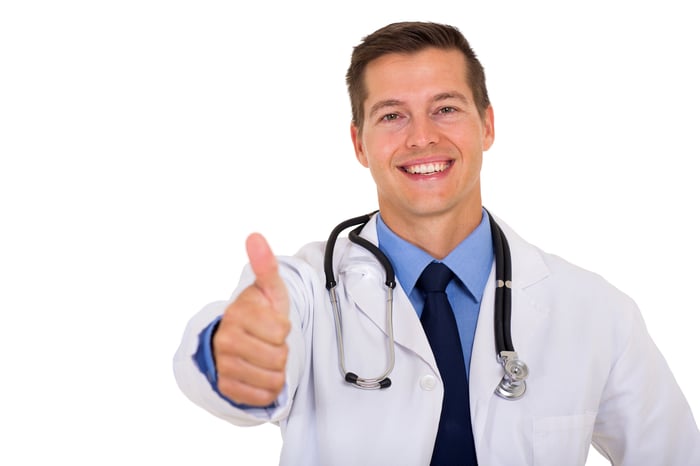 You'd normally expect that traders would cheer an FDA approval announcement, so what gives?

The most likely answer is that Bijuva's approval came with a boxed warning of cardiovascular disorders, breast cancer, endometrial cancer, and possible dementia.

Traders might believe that this boxed warning could limit the drug's commercial potential, hence why shares are sinking in spite of the good news.

This marks the company's third FDA approval in 2018, which is quite an accomplishment. However, shares of TherapeuticsMD are actually down since the start of the year, which suggests that Wall Street isn't very bullish on the potential of its suite of products.

TherapeuticsMD can help reverse the slide by putting up solid growth numbers for all of its drugs in the quarters ahead. Will that happen? That question remains up in the air, so I think that approaching this stock with caution is the smart move for now.