Companies have recognized the power of the cloud, and that's put businesses that help their enterprise clients make greater use of cloud computing resources in a position to see dramatic growth. In the human resources area, Ultimate Software Group (NASDAQ:ULTI) has worked hard on its cloud-based platform to simplify HR management for its clients, and it's built a loyal customer base with its high-quality offerings.

Coming into Tuesday's third-quarter financial report, Ultimate Software investors hoped that the HR cloud specialist would keep up its solid performance. Ultimate's numbers were strong, and the company has a lot of opportunity that it believes will support another doubling of revenue within the next few years. 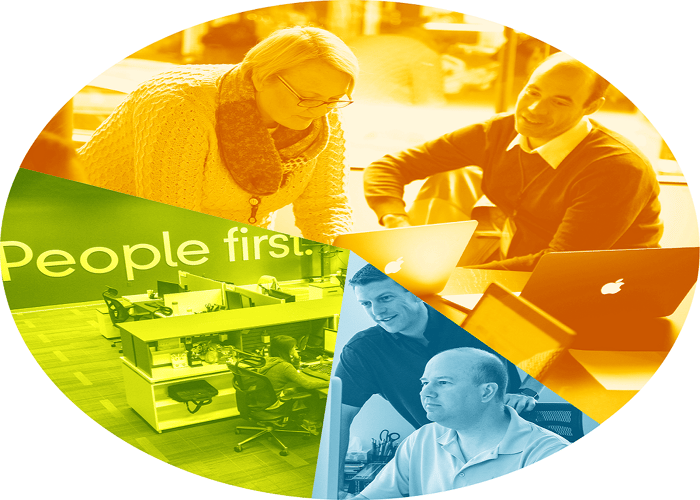 The ultimate for Ultimate Software

Ultimate Software's third-quarter results kept up the company's streak of big gains. Total revenue of $287.8 million was higher by 22% from year-earlier figures, and that growth rate accelerated from what investors saw in the second quarter. Adjusted net income was higher by 33% to $42.4 million, and the resulting adjusted earnings of $1.33 per share was higher than the consensus forecast among those following the stock by $0.01.

Recurring revenue continued to be a particular source of strength for Ultimate. The HR specialist saw sales from recurring sources jump 25%. Non-recurring services revenue remained mostly an afterthought for Ultimate, and few were concerned at the less than 1% rise in that segment. Ultimate's acquisition of French HR service delivery company PeopleDoc, which happened in July, added about 2.5 percentage points of the company's overall growth in recurring revenue.

One reason Ultimate Software has been able to count on recurring revenue growth is that it tends to hold on to its customers once they come in the door. Ultimate's retention rate for existing customers remained at 96%, indicating the loyalty that enterprise users have to its HR cloud platform.

Ultimate is never shy about talking about its business accomplishments. The company was named the top workplace for women by Fortune, leading the list of 100 best workplaces for female employees. Ultimate also earned acclaim from Nucleus Research as a business leader for the fourth year running, with strong ratings for product functionality and usability.

CEO Scott Scherr was pleased with Ultimate's progress. "Our third-quarter financial performance keeps us on target to achieve all of our 2018 objectives," Scherr said, "including surpassing $1 billion in total revenues, and starts the ball rolling toward our new 2021 objective of $2 billion in total revenues." The CEO was also pleased at Ultimate's continued customer retention metrics.

Ultimate gave detailed looks at what it sees happening over the next couple of years. Guidance for the full 2018 year remained mostly unchanged, with total sales gains of 21%. Recurring revenue growth of about 24% marked a single-percentage-point boost for the metric. Ultimate expects to finish the year by having a solid fourth quarter, with sales of $300 million coming from recurring revenue of $262 million to $264 million.

For 2019, Ultimate gave preliminary estimates that were mostly in line with 2018 performance. The HR cloud specialist sees its top line growing by 20% from 2018 levels, with recurring revenue getting a 21% boost. Adjusted operating margin should hold up reasonably well, falling by just a single percentage point from 2018 projections and coming in at around 20%.

Ultimate Software's shareholders appeared to like the company's overall results, and the stock gained almost 2% shortly after the opening of trading Wednesday morning following the Tuesday afternoon announcement. The desire of enterprise customers to build up their cloud computing capacity shows no signs of slackening, and with a well-renowned platform to help its clients manage their human resources needs, Ultimate Software is in a good position to find new growth opportunities for the foreseeable future.