"China" went cold, but its stock market could heat up again in a hurry.

China's stock market has been a shambles this year, with Bloomberg calling the Shanghai Composite Index "among the world's worst performing equity benchmarks" so far in 2018. And yet, the low prices that have resulted from the Chinese stock avalanche could turn out to be incredible bargains -- at least according to one analyst.

And he could be right. How else to explain the fact that on Thursday, shares of Chinese live-streaming entertainment company HUYA Inc. (HUYA -2.84%), electric-car maker NIO Inc. (NIO -6.16%), and hotel operator Huazhu Group Limited (HTHT -1.98%) -- companies that have little in common other than the country in which they operate -- all jumped so high? 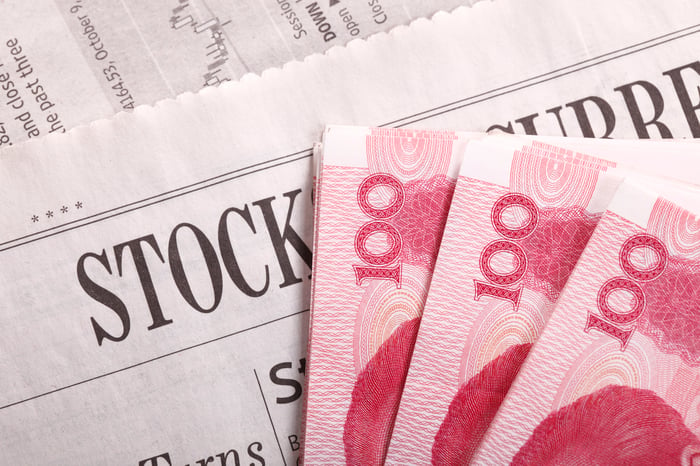 There's no news behind the sudden rise of these stocks today -- or is there? Image source: Getty Images.

By close of trading Thursday, NIO shares were up 12.2%, HUYA up 13%, and Huazhu up 14.7%. And incredibly, these increases in stock prices came on no news whatsoever that directly implicated any of the three stocks.

Right now, Chinese stocks, as a whole, are selling for less than their average valuations over the past decade. And according to AMP dynamic markets head Nader Naeimi, this may be "the best time to buy a market" -- when no one else wants it.

After all, Naeimi says, "because expectations are so low, it doesn't take much positive news to turn." Today's positive reaction to his positive comments may be the best proof of all just how little "positive news" it takes.

Now imagine how much better the reaction could be if a heavyweight Chinese stock like Alibaba has something good to say about the Chinese economy when it reports earnings ... tomorrow.