The global infrastructure owner expects a reacceleration to begin soon.

As anticipated, Brookfield Infrastructure Partners' (BIP -0.10%) financial results slumped in the third quarter due to a recent asset sale and some other headwinds. That masked the underlying strength of the company's operations, which delivered solid results. Meanwhile, with Brookfield having several expansion initiatives underway, the company's earnings should reaccelerate in the coming quarters. 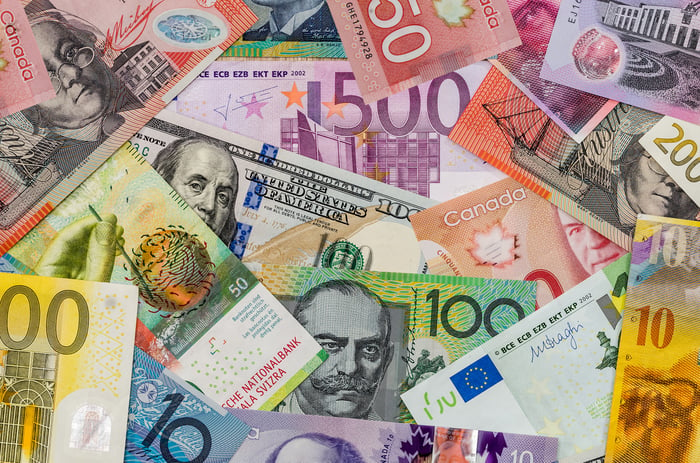 The two main factors weighing on results this quarter were the sale of the company's Chilean business and foreign exchange movements, with the latter alone cutting $40 million from the company's FFO. Those headwinds, however, should go away shortly. In discussing currencies, CEO Sam Pollock wrote in the company's quarterly investor letter that: "we expect this negative trend to reverse in the future, as our average hedge rates for the next two years are over 5% higher than 2018. In addition, we are of the view that the Brazilian real will recover from these near-trough levels, which was impacted in the quarter from the uncertainty surrounding the country's recent elections, which is now behind it."

Meanwhile, he noted that the company had an active year on the strategic front, and is on pace to put $1.7 billion into six new investments. The company has already closed $900 million in deals in recent weeks, which should boost fourth-quarter results. Meanwhile, it expects to close two more by year-end and another by the middle of 2019. These investments should move the needle because they carry very high returns, with the company anticipating that they'll generate an FFO yield of around 11%, or about $190 million annualized.

Pollock said, "Looking ahead, we are very well positioned to generate strong FFO per-unit growth of almost 20% on a run-rate basis, beginning in the second half of 2019," which "makes up for the FFO gap from the recent dispositions of assets."

"More importantly," he continued "the future upside in the acquired assets is expected to be substantial, and this will stand us in good shape to continue to grow our FFO." The company noted at its recent investor day that these investments should organically expand their earnings at a 5% to 7% annual rate, which is a much quicker pace than the 2% to 3% yearly earnings growth expected at its recently sold electric-transmission business in Chile.