The action camera specialist's Q3 outperformance came at the expense of the holiday quarter. Here's what investors need to know.

GoPro Inc. (GPRO -2.73%) announced better-than-expected third-quarter 2018 results on Thursday after the market closed, highlighting a positive consumer response to its new HERO7 cameras and encouraging growth from its subscription services.

But thanks in part to its relative outperformance in Q3, management also offered underwhelming guidance for the impending holiday season.

So with shares down more than 20% early Friday in response, let's zoom in for a better idea of how GoPro started the first half, as well as what we should expect in the coming quarters. 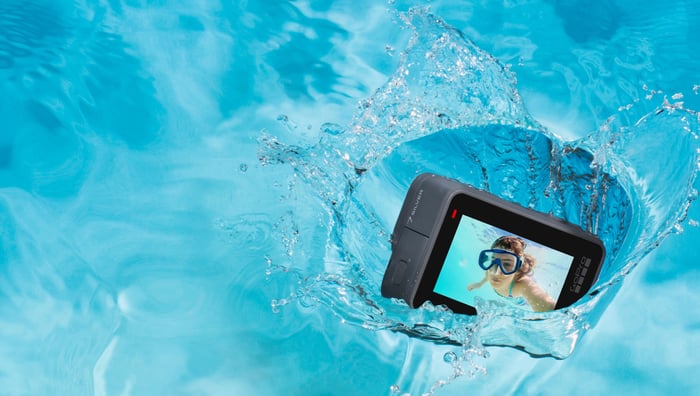 CEO Nick Woodman said: "GoPro completed a successful third quarter highlighted by a very strong reception and global demand for HERO7 Black. We expect to achieve profitability in Q4 and for the second half of 2018, and exit the year with low channel inventory to be well positioned for Q1 2019."

During the subsequent conference call, Woodman added: "Because of retailer demand for HERO7 Black, we were able to outperform in Q3 in terms of selling. And as a result, we are adjusting Q4 revenue, while maintaining revenue guidance for the second half."

Also during the call, CFO Brian McGee elaborated that "the second half is playing out how we expected, albeit with a different revenue split between Q3 and Q4."

More specifically, GoPro now anticipates fourth-quarter revenue between $360 million and $380 million -- down from its previous estimates between $380 million and $400 million. But even the bottom end of that range marks a return to top-line growth from $334.8 million in last year's fourth quarter.

However, McGee also noted that GoPro plans more promotions during the fourth quarter in an effort to sustain its market share -- which will have a modest negative effect on both revenue and earnings. This helps explain why GoPro reduced both ends of its prior fourth-quarter guidance by $20 million, marking a slight net negative adjustment from its previous second-half expectations (considering it exceeded the midpoint of its Q3 outlook by roughly $16 million).

I'm not convinced that merits the 22% haircut the market is giving GoPro today -- though it is worth noting that shares rallied nearly 20% in the three days leading up to this report.