Shares of U.S. Xpress Enterprises, Inc. (USX -3.09%), the nation's fifth largest asset-based truckload carrier by revenue, are plunging 30% as of 4:00 p.m. EDT after the company posted its third-quarter results.

Operating revenue increased 18% during the third quarter, compared to the prior year, to $460.2 million. Operating income jumped from the prior year's $11.5 million up to $22.9 million, and its net income checked in at $0.33 per share. Its adjusted operating ratio increased by 230 basis points to 94.5%. 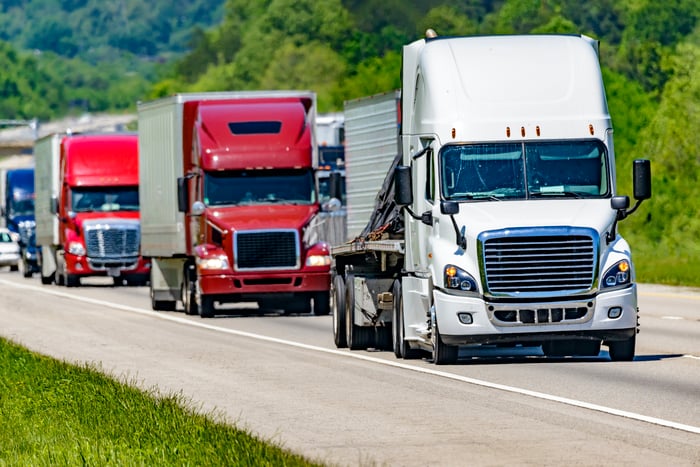 Eric Fuller, CEO and president, commented on the quarter in a press release:

We continued to see the results of our initiatives and cultural overhaul in the third quarter of 2018 as we experienced our fifth consecutive quarter of year over year improvements in our operating ratio while generating the largest amount of net income during a single quarter in our Company's history, a testament to our team's efforts and dedication. 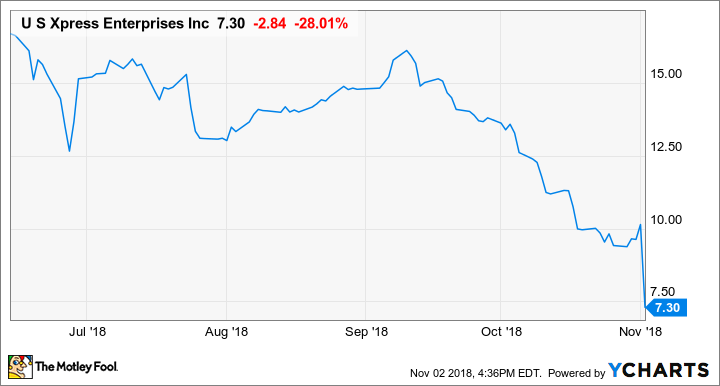 It wasn't all good, though, as management noted it is far from satisfied with the company's overall operating performance, and it believes the seated truck count and miles per tractor could have been better.

The company also announced a small shakeup in its executive staff with Lisa Quinn Pate, chief administrative officer and daughter of company co-founder Pat Quinn, retiring and Matt Herndon joining as the company's chief operating officer for its U.S. Xpress subsidiary. The quarter didn't seem bad enough to warrant a 30% sell-off, especially considering 2018 could end up as the company's most profitable year ever, but with trading volume nearing 3 million compared to its average of 340,000, many investors disagree.

Why Shares of U.S. Xpress Are Falling Today

Why Shares of U.S. Xpress Are Up (Again) Today