Please ensure Javascript is enabled for purposes of website accessibility
Log In Help Join The Motley Fool
Free Article Join Over 1 Million Premium Members And Get More In-Depth Stock Guidance and Research
By John Bromels – Nov 2, 2018 at 9:21AM

The stock market was focused on how well Q3 went for the oil industry bigwig, but it missed hints about what's to come.

After ConocoPhillips (COP 2.45%) -- the largest independent oil and gas driller in the U.S. -- reported stellar Q3 earnings on October 25, the stock market gave it the equivalent of polite applause, sending shares up a modest 4%. Of course, that wasn't anywhere near enough to offset the beating the stock had taken from the recent market downturn.

Many analysts highlighted the operational highlights of the quarterly report -- and deservedly so. But given just how impressive the report was -- literally the best in years for the company -- that tiny bump in share price is a stumper.

It looks like the market failed to notice a brief-but-important exchange late in the earnings call that might indicate that the market is undervaluing Conoco's prospects. Here's what the market saw...and what it missed. 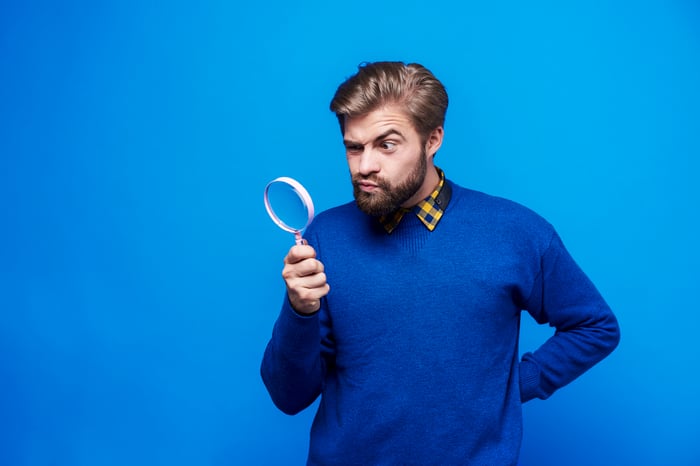 What the market saw

The stock market, naturally, was focused on Conoco's earnings -- it is, after all, called an "earnings report" for a reason. And investors liked what they saw. Q3 2018 earnings came in at $1.9 billion, up from just $400 million in the year-ago quarter.

In terms of production -- which drives earnings at an independent exploration and production company like Conoco -- things were also looking good. Quarterly adjusted production was 1.2 million barrel of oil equivalents per day (BOE/D). That was down from the prior-year quarter's production of 1.6 million BOE/D, but there's an important reason for that. Conoco has been selling off low-margin assets, including its Canadian oil sands holdings. Excluding those dispositions, production grew by 6% year over year.

Still, even that doesn't give the whole picture. Conoco has been using some of the proceeds from the sales of its low-margin assets to pay down debt it accrued during the oil price slump of 2014-2017, sparking a debt rating upgrade from Moody's and Fitch Ratings.

Together with the rest of the asset sale proceeds, those moves have freed up plenty of cash. And the company has been returning that cash to shareholders in the form of $2.1 billion in share buybacks so far this year, plus a 7% dividend increase this quarter alone. The retirement of both debt and shares mean that production on a debt-adjusted share basis is up 28%. Earnings per share were up by a massive 368% year over year, to $1.59/share.

The quarterly earnings, as CEO Ryan Lance pointed out, were as high as they were in 2014, when Brent Crude was trading at more than $100/barrel.

What the market missed

Nobody's denying that ConocoPhillips has done an impressive job in turning the company around, but what the market seems to be missing is that the turnaround isn't over. Things are likely to get even better for Conoco, as exemplified by an exchange between analyst Doug Leggate of Bank of America Merrill Lynch and Al Hirshberg, executive vice president of production, drilling, and projects (edited for clarity; you can read the original version here):

Leggate: Are you guys done with your cost cutting initiatives or is it still going on?

Hirshberg: Well, no, we're not done and we're never done. ... We're still planning to hit our original OpEx target $5.7 billion, and so we've done that by shaving about $0.25 a barrel off our unit operating cost. But, we -- as an example of one of the kinds of things we've been doing as we continue to focus on our cost -- even as oil prices have come back up, we recently had a reorganization in our Houston Center and our Lower 48 organization and the increased productivity and organizational effectiveness that we've had there has allowed us to to reduce our Houston staffing by about 10% this year... . We expect that that effort alone will allow us to decrease our Lower 48 G&A cost by about $0.30 a barrel next year. So, we're continuing to work away on it, even [though] higher prices are back, so we can quit focusing on that.

The types of savings that Hirshberg is describing may not sound like much -- $0.25 per barrel here, $0.30 per barrel there -- but considering the company pumps more than 400 million BOE per year, even tiny incremental changes like these can add up to massive cost savings, which the company can then pass on to investors.

Equally noteworthy is that, even though Hirshberg admits that the company doesn't really need to focus on cost-cutting now that higher oil prices are back, the company is clearly still focused on cost-cutting, practically down to the nickel-and-dime level. It's still proceeding with the asset sales that have helped it shore up its finances, unloading $580 million worth of assets this quarter alone.

So, even though the company won't provide 2019 guidance until December, it seems clear that ConocoPhillips is on track to continue improving its margins and boosting per-share earnings.

What you shouldn't miss

The recent market correction and subsequent failure of the market to reward Conoco for its ongoing turnaround have pushed its valuation metrics downward. Its EV-to-EBITDA ratio, for example, currently sits at 5.6, the lowest it's been since 2015, and among the lowest in the industry. And based on the comments from the earnings call, that outperformance is only likely to continue.

Given its continuing success at streamlining its operations, now may be an excellent time to pick up some shares of this beaten-down outperformer.