This is not the kind of earnings growth you ordinarily get from a stodgy "industrials" company.

Sales, likewise, came in ahead of estimates at $680.6 million. 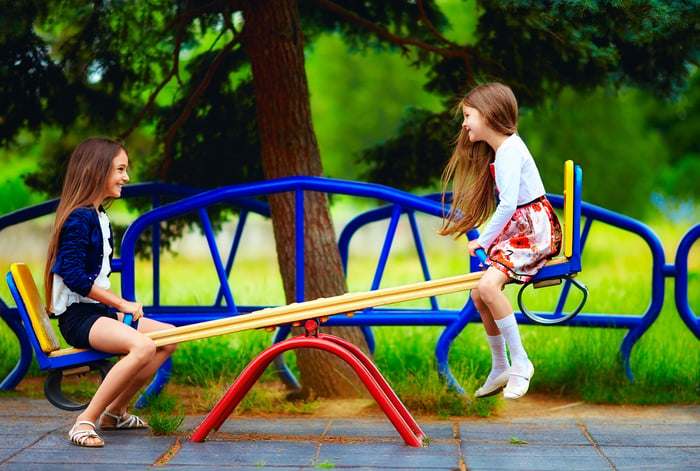 ITT's stock has been seesawing all day -- but it's still up strongly. Image source: Getty Images.

Revenues for the fiscal third quarter inched up 6%, but ITT parlayed improved profit margins into a 28% increase in net profit per diluted share. Management also highlighted a 10% increase in new orders during the quarter -- faster than revenue growth and probably foreshadowing more revenue growth to come.

On the one hand, free cash flow at ITT still isn't quite measuring up to reported income. So far this year, ITT has reported $282 million in income under GAAP, but actual cash profits are only $183 million. That's still nearly twice the $99 million in free cash flow ITT had accumulated by this time last year. What's more, if you consider Q4 data in the mix, free cash flow for the last 12 months actually matches reported net income almost exactly at $215 million, indicating a strong quality of earnings.

Strong ... and getting stronger. As a final note, ITT tightened its guidance in a good way this morning, assuring investors it's on track to grow earnings 21% by the end of this year to about $3.72 per share (or $3.13 "adjusted") on sales growth of 6% to 7%.

ITT has a 21.5 times multiple to free cash flow and strong earnings growth, and probably 21% growth for the year. Its stock deserves every bit of the gains it's enjoyed today -- and maybe even some of the gains it gave back.