Friday was a turbulent day on Wall Street, as major benchmarks got whipsawed throughout the session. Early gains of as much as 200 points on the Dow Jones Industrial Average stemmed from comments suggesting that the U.S. and China might be closer to an agreement on their trade dispute, but after those hopes proved to be overly optimistic, investors lost faith, sending the Dow down as much as 300 points before it clawed back some of its losses. Even in the choppy markets, some stocks managed to post impressive gains. Newell Brands (NWL -0.42%), VeriSign (VRSN -0.49%), and Pacific Biosciences of California (PACB 3.14%) were among the best performers on the day. Here's why they did so well.

Newell cooks up a great quarter

Shares of Newell Brands climbed 15% after the company reported its third-quarter financial results. The maker of consumer goods like Calphalon cookware and Sharpie pens reported a modest decline in revenue from continuing operations, with factors including the bankruptcy of Toys R Us having a negative impact on Newell's top line. Yet the company managed to minimize the hit to its bottom line, and it boosted its full-year earnings guidance on hopes for a healthier holiday season. Newell still has plenty of work to do, but today's report was a necessary first step toward a brighter future. 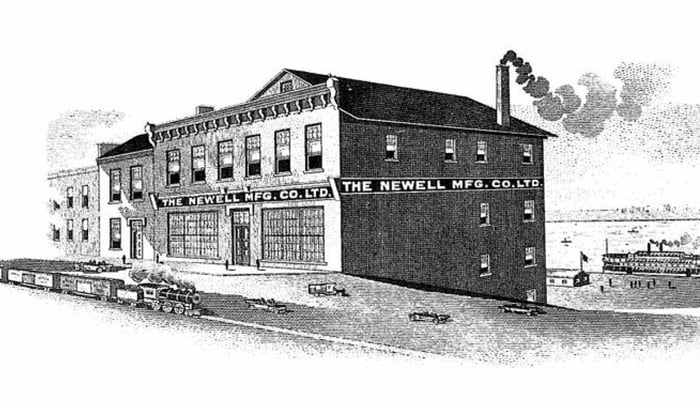 VeriSign stock jumped 17% in the wake of good news for the domain-name registration specialist. The company entered into a contract extension with the Commerce Department that will allow VeriSign the flexibility to negotiate price increases for dot-com domain name registrations of up to 7% annually in the last four years of each six-year contract. VeriSign will still have to pursue such price increases with the nonprofit Internet Corporation for Assigned Names and Numbers, but the Commerce Department's new position represents a policy shift from previous agreements that essentially restricted the company from seeking to boost domain prices. Given the health of the market for domain names, the news helped build even more momentum for VeriSign.

PacBio gets a great deal

Finally, shares of Pacific Biosciences of California surged nearly 68% higher. The gene-sequencing systems specialist received an acquisition bid from Illumina (ILMN 1.48%) that valued the company at about $1.2 billion. Under the terms of the deal, PacBio investors will receive $8 in cash for every share of stock they own. PacBio CEO Michael Hunkapiller praised the deal, noting that "Illumina and Pacific Biosciences have shared values and a commitment to innovation." Given that PacBio's own third-quarter results were somewhat lackluster at best, many investors in the company have to be pleased that they'll have the opportunity to cash in their shares at a nice premium to where they've traded over the past couple of years.