Bad news on several different fronts held these stocks back.

Wall Street had a quiet close to the week on Friday, as broad-based market benchmarks finished the session with modest declines. Various members of the Federal Reserve's monetary policy committee have been making statements about their views on the economy and interest rates, and amid conflicting opinions, it's been difficult for investors to figure out exactly what's likely to happen when the central bank next meets toward the end of July. Nevertheless, some stocks finished lower on news that cast their respective business prospects in a less-than-flattering light. J.C. Penney ( JCPN.Q ), QEP Resources ( QEP ), and Pacific Biosciences ( PACB -5.06% ) were among the worst performers. Here's why they did so poorly.

Shares of J.C. Penney plunged 17%, falling below the $1-per-share mark after investors reacted negatively to reports that the ailing retailer has hired advisors to help it with debt restructuring efforts. Many have figured that J.C. Penney might eventually need to file for bankruptcy protection in order to come up with a sustainable plan for the company, and hiring an advisor would be a natural first step toward beginning the bankruptcy process. J.C. Penney issued a statement denying that conclusion, saying that it has no big debts coming due, strong liquidity, and no intention of preparing for bankruptcy or restructuring. Yet investors seem skeptical, and it'll take a good back-to-school season for J.C. Penney to allay some of their fears. 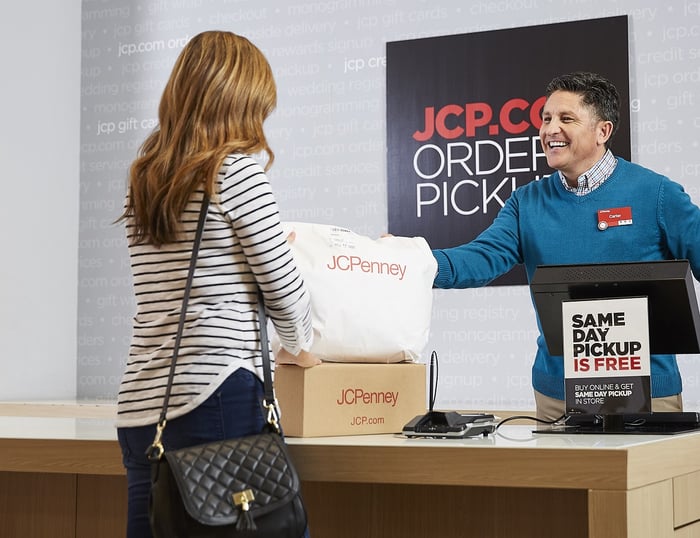 QEP gets a reduced offer

Oil and gas drilling company QEP Resources saw its stock fall nearly 16% after news reports suggested that a would-be buyer is looking to reduce the amount it's willing to pay in its acquisition efforts. Elliott Management, which is a hedge fund, had offered to buy QEP Resources for $8.75 per share earlier this year. Yet after having had the chance to do due diligence, Elliott apparently didn't like everything it saw. Those following the stock speculate that QEP isn't likely to accept a lower bid, yet many other companies that were potentially interested in QEP have made other arrangements. That could end up leaving QEP without any acquirer at all, and that seems to be what's driving the stock price lower today.

Finally, shares of Pacific Biosciences dropped 9%. The company faced multiple issues today, including the revocation of a patent related to its single molecule sequencing technology and the beginning of a more in-depth examination of the company's planned acquisition by Illumina. Investors have already been concerned about whether the Illumina deal would actually go through, as even before today's decline, Pacific Biosciences' share price was fully 25% below the $8-per-share cash offer. Given that the stock traded as low as $2 per share in early 2018 before the Illumina announcement, shareholders are nervous about Pacific Biosciences' prospects if the acquisition doesn't happen.