Please ensure Javascript is enabled for purposes of website accessibility
Log In Help Join The Motley Fool
Free Article Join Over 1 Million Premium Members And Get More In-Depth Stock Guidance and Research
By Danny Vena – Nov 2, 2018 at 8:17AM

After five quarters of accelerating growth, can the company make it an even half dozen?

Payments processor Square (SQ 0.61%) has had a breakout year in 2018. The stock had surged 185% before giving back some of those gains during the recent market sell-off, but it's still approaching a triple-digit increase so far this year. So, what's driving the stock's relentless improvement? The company has produced accelerating revenue growth in each of the previous five quarters and shows no signs of slowing down.

Investors will no doubt be pouring over the numbers when Square reports the financial results of its third quarter after the market close on Wednesday, Nov. 7. Let's take a look at how the company did during the second quarter and see if it holds any insight into what we can expect when Square reports earnings. 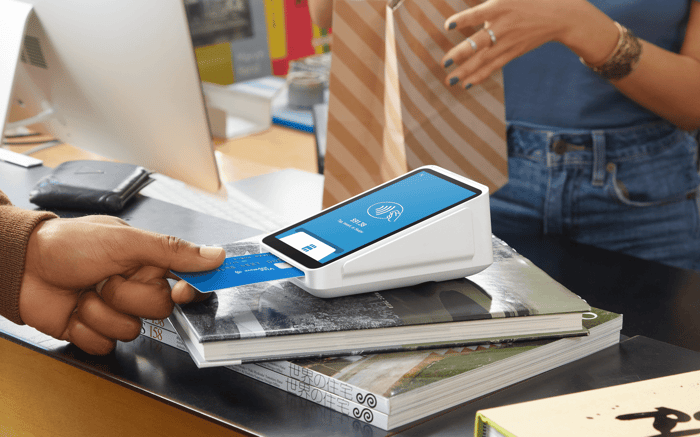 For the second quarter, Square reported adjusted revenue of $385 million, up 60% year over year, and an increase from the first quarter. Revenue also exceeded analysts' consensus estimates and easily cleared the $360 million at the high end of the management's forecast. EBITDA margins of 18% grew three percentage points from the 15% achieved in the prior-year quarter. The net loss of $6 million was far better than the $16 loss in the corresponding quarter last year, and the loss per share of $0.01 was much improved from the $0.04 loss per share in the year-ago quarter.

It wasn't just financial metrics that soared during the quarter. Gross payment volume (GPV) which measures the total amount of payments processed on Square's platform, topped $21.4 billion, up 30% year over year. The company announced that it continued to grow upmarket, as more than half of GPV came from larger sellers -- those that generate more than $125,000 annually in GPV.

The company completed its triumvirate, launching Square for Restaurants, the third industry-specific point-of-sale system. These platforms now cover food, services, and restaurants, which together represent 85% of the company's GPV.

Square's Cash App customers spent $250 million with Cash Card in June 2018, nearly triple the volume from December 2017, with a run-rate of $3 billion annually.

Square has continued to raise its full-year revenue guidance in the face of its strong growth. The company is now guiding for adjusted revenue of $1.53 billion at the midpoint of its guidance, an increase of more than 16% compared to its initial forecast for 2018.

For the third quarter, Square is forecasting adjusted revenue in a range of $407 million to $412 million, an increase of 59% at the midpoint of its guidance. The company is expecting adjusted EBITDA of between $62 million and $65 million, resulting in adjusted earnings per share of $0.08 to $0.10.

We can compare Square's guidance to Wall Street's expectations for perspective concerning the overall feeling about the company. Analysts' consensus estimates are calling for adjusted revenue of $413.76 million and adjusted earnings per share of $0.11, both just above the high end of management's guidance.

Square continues to add to its ecosystem of products and services, offering small business owners more ways to succeed. In doing so, the company makes itself stickier and more indispensable. Expect this expanding network to continue to entice new customers and make more from the existing ones. Square will probably also make it six successive quarters of increasing revenue.