The company is stubbornly going ahead with its Crown Jewel event in Saudi Arabia despite mounting controversy.

In professional wrestling jargon, "heel heat" is the negative reaction fans rain down on a villain or other unpopular performer. These days, top wrestling company WWE (WWE -0.35%) is attracting plenty of corporate heel heat by forging ahead with Crown Jewel, a planned event in Saudi Arabia.

The timing could hardly be worse: The event comes soon after journalist Jamal Khashoggi was killed in the Saudi Consulate in Istanbul, prompting international outrage. Let's explore the decision to hold the event as planned and what it might mean for the company. 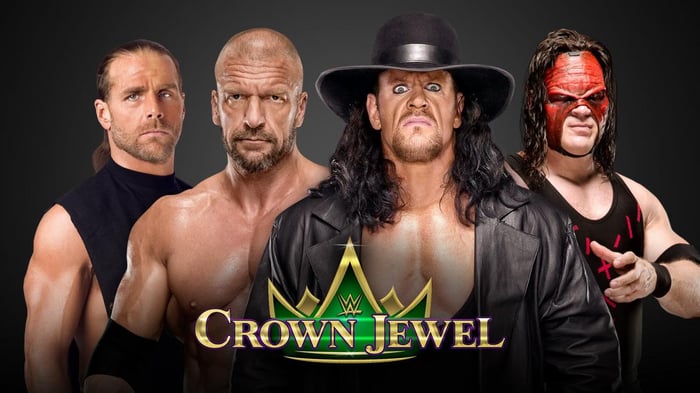 Earlier this year WWE signed a deal with the Saudi General Sports Authority to stage a series of events in the country over 10 years. Neither party has revealed the financials of the arrangement; media reports have estimated it's worth around $450 million in total for WWE. Crown Jewel will be the second event in the series.

The first, The Greatest Royal Rumble, went down well. The event's only real controversy was around its complete lack of matches with female wrestlers.

But that was before the Khashoggi incident. Following it, WWE was hit with stinging criticism about its plan to hold Crown Jewel. Veteran star wrestler John Cena is out of the event (he apparently refused to participate), forcing WWE to substitute him with lesser light Bobby Lashley. Meanwhile, scuttlebutt had it that fellow top draw Daniel Bryan was also a no-go.

WWE spends a lot of effort and, we can assume, money burnishing its image as a good guy company. It's very active in the charity sphere, and it emphasizes that its wrestlers are only performers who are not actually trying to destroy each other. It's effectively positioned its brand of entertainment as semi-clean fun for the whole family.

Doing business with an allegedly murderous regime risks shattering that image and turning away fans, and perhaps even investors.

Several months ago the company was really delivering for its shareholders. A pair of blockbuster TV deals signed with 21st Century Fox (FOX) (FOXA) and Comcast (CMCSA -1.94%)made the stock a market darling. This was enhanced by fine Q2 results.

But WWE's recently reported Q3 was weaker than expected in several respects. This, combined with a general stock market decline, dampened enthusiasm for shares. These days the company could really use some good news to boost morale and public sentiment.

The decision to go ahead with Crown Jewel didn't achieve this, nor did the company's latest statement on the matter. In part, it says that "[s]imilar to other U.S.-based companies who plan to continue operations in Saudi Arabia, the Company has decided to uphold its contractual obligations to the General Sports Authority and stage the event."

In other words, it's that tired old justification of "they're doing it, so it's OK if we do it too."

So much for being smart corporate good guys.

WWE's well aware that its decision isn't a popular one. During the recent all-female Evolution pay-per-view, the crowd booed at a Crown Jewel video promo; it was shut off abruptly.

But in the end, I don't think the controversy and the lousy way the company's handling it will slam the stock. Investors are more concerned with financial and operational performance, as evidenced by the steep rise in share price after the Fox and Comcast deals were announced, along with the post-Q3 results slide.

Regardless, it's never a good sign when management doubles down on a bad decision, alienating some of its fans and its talent, and then weakly tries to rationalize it and sweep it under the rug. The way this situation is being managed is cause for concern. Hopefully the company's other moves will be more wisely considered.