Procter & Gamble, AbbVie, and AT&T will put generous payouts into your pocket regularly, and the odds are excellent that those payouts will grow.

Are you on the hunt for a generous and reliable dividend stock? If so, the list of Dividend Aristocrats -- comprised of those few companies that have raised their payouts annually for at least 25 consecutive years -- is a fine place to start.

These companies have a vested interest in holding onto their hard-won spots on that elite roster, and thanks to the pounding the market has taken recently, the yields of several have risen above the 3% level. Here's a look at three of these powerful dividend plays. 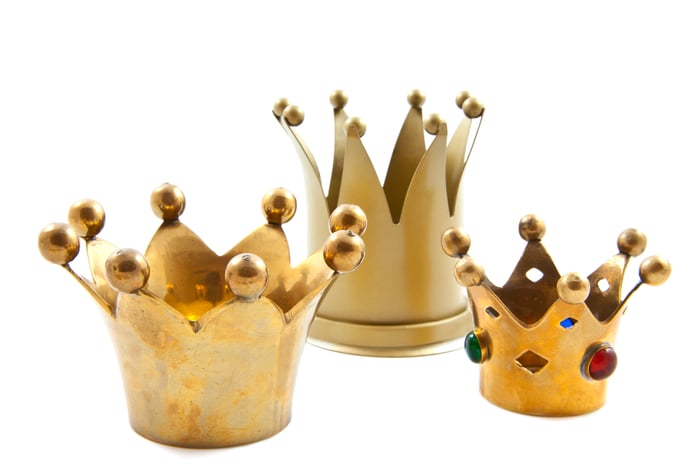 Consumer goods behemoth Procter & Gamble (PG 0.00%) is the Dividend Aristocrats' aristocrat -- it has lifted its payout at least once per year for more than six decades.

There's no sign that this streak is coming to an end any time soon, either. P&G's business has started to pick up recently after several years of anemic results, with notable improvements in sales volumes and the opening rounds of a set of price increases. In its most recently reported quarter, net income grew 12% year over year, on organic net sales that improved by 4%.

Meanwhile, Procter & Gamble remains a mighty cash-generating machine, and its free cash flow is more than sufficient to support increases to the dividend. It's current quarterly payout is just under $0.72 per share, which yields nearly 3.3% at the moment.

In the healthcare sector, dividends don't come much bigger than AbbVie's (ABBV 2.03%) nearly 5% yield. That juicy figure is the result of a company that is brimming with cash, but that has been punished by the market this year -- some would say unfairly.

Wall Street appears concerned that its key products will be affected by drug-pricing proposals espoused by President Trump. And some investors worry that its anti-inflammatory treatment, Humira -- the highest-selling drug on the planet -- is coming to the end of its patent exclusivity in Europe, and will lose it in the U.S. in just a few more years as well.

Yet Humira is popular enough that it could handle a legislative hit or a new competitor abroad, and it still has room to run before it vaults off the U.S. patent cliff in 2023. Besides, although it accounted for 65% of AbbVie's sales last year, Humira isn't the company's blockbuster. (Cancer drug Imbruvica is also a multibillion-dollar seller, for example). On top of that, its pipeline holds a number of treatments that have excellent potential.

AbbVie pays a quarterly dividend of $0.96 per share for a current yield of around 4.6%. The drugmaker has a lot going for it, and looks well positioned to maintain its Dividend Aristocrat status well into the future.

AT&T is, of course, one of America's telecom incumbents, and a busy provider of the cellphone service that nearly everyone uses when they have a free moment these days. Not only that, the company is also the No. 1 provider of pay TV services in this country, thanks to its 2015 acquisition of DirecTV. (It has since, of course, added content monster Time Warner to its portfolio.)

AT&T benefits from numerous revenue streams. Lately, it has been achieving a high net profit margin, while its free cash flow -- which approached $18 billion in 2017 -- has been robust, providing fuel for its frequent dividend raises.

Americans aren't going on a smartphone diet any time soon, nor are they going to quit watching their favorite TV shows and movies. AT&T's key businesses will be around for a long time to come.