Please ensure Javascript is enabled for purposes of website accessibility
Log In Help Join The Motley Fool
Free Article Join Over 1 Million Premium Members And Get More In-Depth Stock Guidance and Research
By Chris Neiger – Nov 3, 2018 at 10:02AM

The rich don't just have more money than the rest of us; they have a different mind-set.

There are nearly 10 million households in the United States with a net worth of between $1 million and $5 million. The U.S. added 600,000 new millionaire households in 2017, up more than 6% from 2016. It's good to see so many people building wealth, but it can make the rest of us wonder at times, "How'd they do it?"

Of course, there isn't one single answer or formula for earning lots of money. But there are some traits and habits that many wealthy people have, and that we can learn from. They may seem like insignificant ideas on their own, but if you think of them as mind-sets that bring about more significant changes, then their impacts on our lives, and potentially our wealth, become a lot clearer. 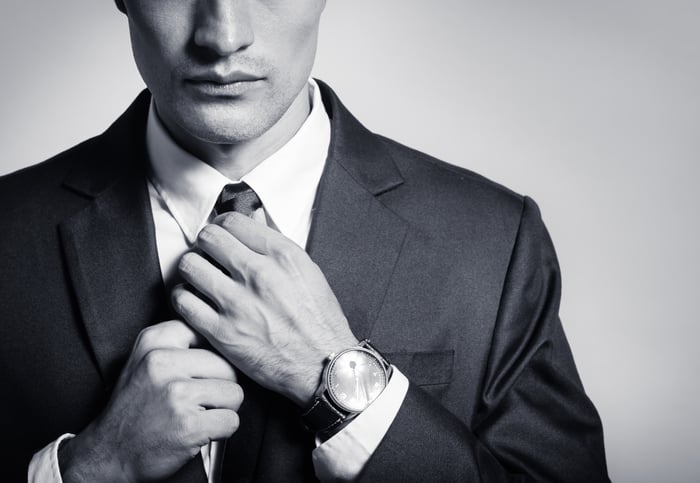 1. They set goals and act on them

Rich people aren't luckier than the rest of us and, at least in some cases, they aren't necessarily more intelligent either. Instead, what many successful people accomplish comes down to setting goals and working hard at achieving them.

Some studies have shown that rich people are more apt to make to-do lists and to map out their lives on calendars. They also track their progress and make adjustments to their strategies to achieve their goals.

In short, they don't leave it up to luck, and they know that working harder at something won't matter if there isn't a plan and goal in place first.

Andrew Carnegie, the steel magnate and philanthropist, once said, "If you want to be happy, set a goal that commands your thoughts, liberates your energy and inspires your hopes."

You've probably heard phrases like "Readers are leaders" many times before, and there's a good reason for it. People who spend time reading books learn much more than the rest of us who spend time pursuing Instagram or catching up on the latest political spats.

Successful people view their reading time as a way to learn something, instead of a way to fill their time. For example, billionaire investor Warren Buffett has said that he spends about 80% of his time reading every day.Here's what Buffett once said about reading:

I insist on a lot of time being spent, almost every day, to just sit and think. That is very uncommon in American business. I read and think. So I do more reading and thinking and make less impulse decisions than most people in business. I do it because I like this kind of life.

3. They get up early

This one goes hand in hand with setting goals and acting on them. Getting up early is a great way to get extra work done before the day has begun for most people. You're also less likely to encounter distractions or have other people vying for your time early in the morning.

But getting up early also allows you to have more time to exercise and read, or to have some quiet time to plan out the day.

Ellevest CEO and co-founder Sallie Krawcheck says she wakes up early every day to be productive:

"Like many entrepreneurs, I never have two days that are alike. One thing that's consistent is I wake up early, around 4:30 A.M. It's my most productive time of day because I can think and work uninterrupted."

Wealthy people understand that their time is valuable, and they know that to achieve their goals they have to say no to a lot of things.

Some of the things they pass on may even be good opportunities, but successful people understand that they have a very limited amount of time and that the hours they spend working are spent best when they're focused on their tasks.

5. They connect with others

Success rarely happens in a silo. The rich know this and spend some of their time networking with others and building relationships that help them reach their goals.

It's tempting to equate networking with the idea of using people for your own gain, but it doesn't have to be that way. Plenty of successful people are networking both to achieve their own success and to help others reach their goals. In this sense, it's about building a community of goal-oriented people rather than creating a Rolodex of people to ask favors from.

Author Tom Corley, who wrote the book Rich Habits: The Daily Success Habits of Wealthy Individuals, says that 79% of rich people devote about five hours of their time each month to networking with others. Which, even for most introverts, doesn't seem like an unreasonable amount of time.

The author of Rich Dad Poor Dad, Robert T. Kiyosaki, put it this way once: "The richest people in the world look for and build networks, everyone else looks for work."

Will any of these habits instantly make you wealthy? Of course not. But what they offer is some insight into how wealthy people often treat their time and how they interact with others. And unless you're already rich, all of us can likely glean some wisdom from these habits.