With market volatility spiking, these three stocks could be the perfect antidotes for nervous investors.

Anyone who's checked the financial news lately knows the market has been going haywire. October saw the S&P 500's biggest one-month drop in seven years, and the broad-market index moved 1% or more in 10 of the last 16 sessions in the month.  A combination of rising interest rates, a simmering trade war with China, an aging bull market, and the approaching midterm elections seem to be driving the exceptional volatility.

At times like these, it's only natural that investors seek safety in cheap, solidly profitable stocks. After all, high-priced growth and tech stocks like the so-called "FANG" group have gotten hit the hardest in the sell-off as investors already seem to be fleeing to safety. Below are three rock-solid cheap stocks that trade at P/E ratios under 12, well below the average S&P 500's average of 22.3. 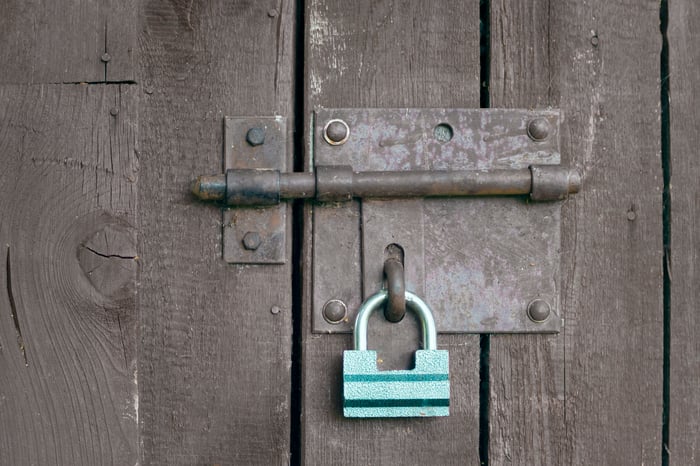 General Motors looks like the Rodney Dangerfield of stocks -- it just can't get no respect. Fresh off a surge on a strong earnings beat, GM is still dirt cheap at a P/E of just 5.4. Though the U.S. auto market has passed its cyclical sales peak, GM continues to squeeze strong profits out the North American market with the help of a new line of full-size trucks and crossovers that generate higher profit margins.

The Cadillac maker posted record adjusted earnings per share of $1.87 for the third quarter, up 42% from the previous year, including a 6.4% increase in revenue to $35.8 billion. While its core manufacturing business continues to outperform, the company is also positioning itself well for the future: Its Cruise autonomous vehicle unit has drawn billion-dollar investments from the Softbank Vision Fund and Honda, valuing Cruise at $14.6 billion. GM is also aiming to launch an autonomous ride-sharing service next year, giving it a leg up on competition.

Compared to start-up peers like Tesla, which is valued at $57.9 billion, and Uber, which could command a $120 billion valuation in its IPO, GM's market cap of $51.8 billion almost looks like a typo. This is a profit machine that pays a 4.7% dividend yield and is well positioned to be a leader in both autonomous and electric vehicles as those markets develop. In a shaky market, GM stock is as rock-solid as they get.

A titan of retail on the rebound

Macy's stock has been on the rise this year; the department-store chain has benefited from a retail reawakening that has pushed up a number of sector stocks, including peers like Kohl's and Nordstrom. However, even after shares nearly doubled over the last year, Macy's stock still looks cheap according to conventional metrics.  The stock trades at P/E of 8.2, and that doesn't even include its trove of real estate worth an estimated $16 billion, which the company has been strategically selling off as it consolidates store space in the omnichannel era.

Meanwhile, the company looks well positioned to have a strong holiday season. It's made strategic investments over the past year, including acquiring the concept store Story and making its founder, Rachel Shechtman, Macy's brand experience officer; it acquired a minority stake in b8ta, a retail tech company; and it's expanded its off-price Backstage concept and Bluemercury cosmetics chain. Macy's should also benefit from the recent bankruptcy filing of rival Sears Holdings, as well as the strong consumer economy heading into the key shopping season.

Macy's has also shown strong momentum so far this year: Comparable sales on an owned-plus-licensed basis increased 2.3% in the first half of the year, and adjusted earnings per share more than doubled with the help of a lower tax rate. Throw in a 4.2% dividend yield and Macy's looks like a bargain heading into a promising holiday season.

Cable stocks have been hammered on fears of cord-cutting, and at the same time investors have seen shares of industry disruptor Netflix skyrocket, a sign of the opportunity the market sees in video streaming.

However, the decline of cable is happening much more slowly than the headlines might lead you to believe. Pay-TV subscriptions fell by 1.5 million last year, or just 1.6%. Traditional pay-TV is still much more popular than Netflix. While that decline should be of concern to cable investors, in some ways it mirrors the slow decline of cigarettes. Tobacco companies have been able to generate strong profits by raising prices to offset smoking declines, and have invested in new technologies and devices like vaping.

AMC Networks, the parent of IFC, Sundance, WeTV, and BBC America, in addition to its namesake network, has bucked the fears in cable to generate steadily growing profits, and trades at a low P/E of just 7.4. In its second-quarter earnings report U.S. subscribers increased 2%, a sign that programming like The Walking Dead continues to resonate with consumers, and drove a 7% increase in revenue to $761 million.  Adjusted earnings per share also ticked up from $1.88 to $1.93.

This year AMC has also made acquisitions like Levity Entertainment, a comedy club operator that will help it vertically integrate, and RLJ Entertainment, which owns niche streaming networks like Acorn TV and Urban Movie Channel, to help beef up its line-up and give it exposure to revenue streams outside of traditional cable. Add it all up and this popular programmer looks significantly undervalued.