The tightly focused investment firm formerly known as Yahoo! reduced its Alibaba holdings and exited its second-largest holding entirely during the third quarter.

Altaba (AABA), the investment-management fund formerly known as Yahoo!, recently reported its results for the third quarter of 2018. All of the actual operations of Yahoo! now sit under Verizon's corporate umbrella.

Altaba itself is a highly focused investment manager whose core holdings consist of shares in Alibaba (BABA 4.55%), though the company also manages a small basket of intellectual property rights that Verizon didn't want to include in its $4.5 billion buyout deal. 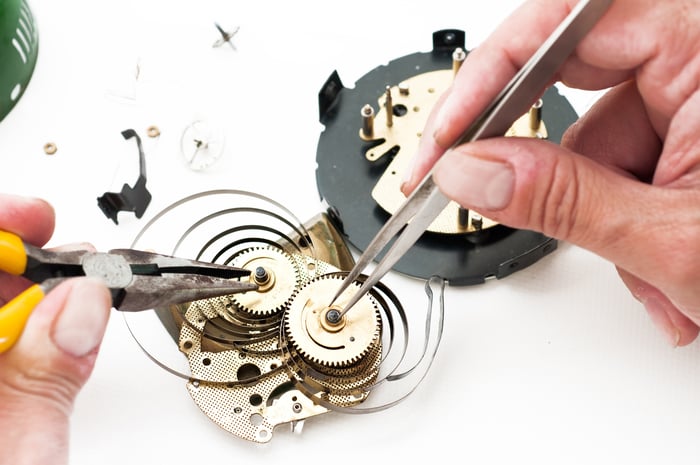 Altaba is putting the pieces together in a new way. Image source: Getty Images.

Altaba owns 11% of China-based e-commerce giant Alibaba. Until very recently, the company also held a significant stake in Yahoo! Japan, an online search and marketing service in Japan. Over the last three months, Altaba sold its entire Yahoo! Japan stake and traded some of its Alibaba holdings in order to buy back 24% of its own shares. Before that move, Altaba's Alibaba holdings had represented nearly 15% of the Chinese target company's shares.

At the same time, Altaba's share buybacks drove an unusually wide wedge between the two stock charts. Alibaba's stock, usually joined at the hip to Altaba as far as direct shareholder returns are concerned, took a 17% plunge since the end of August due to the Trump administration's tariff-wielding trade conflict with Beijing. Altaba dampened the impact to a 12.2% drop over the same period.

Beyond the flagship holding, Altaba also holds a smaller portfolio of corporate and government bonds, certificates of deposit, and other assorted financial instruments. The total market value of these holdings added up to $15.7 billion at the end of the third quarter, up from $6.4 billion three months earlier.

Why Alibaba, JD.Com, and Zhihu Are Rising Today

Why Shares of Alibaba, DiDi Global, and Futu Are Rising

What Would Ant Financial’s Potential IPO Mean for Alibaba’s Investors?

The Five Best War-on-Cash Stocks to Buy for 2020