If you're looking for high-reward stocks, these three could pay off big.

Penny stocks can hold appeal for risk-seeking investors looking to get rich quick on an underpriced stock that could skyrocket. However, more often, penny stocks turn out to be busts, as these stocks are trading for a few dollars or less for a reason: The underlying businesses are broken. Even worse, penny stocks sometimes fall victim to pump-and-dump schemes that leave investors holding the bag, or they're simply in a bubble that eventually pops.

You don't need to dabble in penny stocks to find outsized rewards on the market. Keep reading below to see why our contributors recommend Dynavax Technologies (DVAX 1.36%), iQiyi (IQ -2.17%), and Okta (OKTA 0.12%). 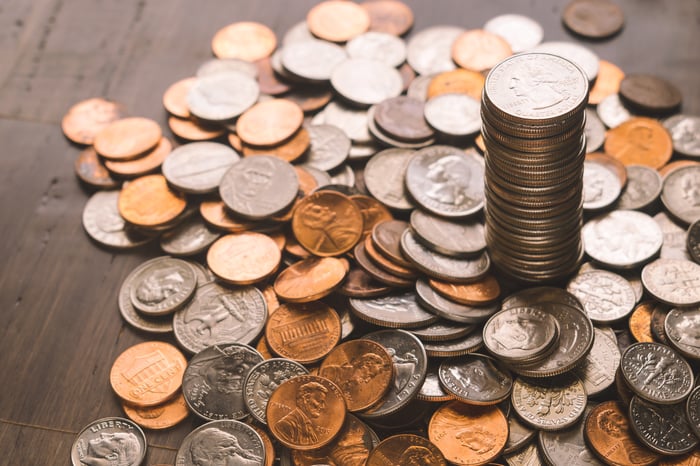 George Budwell (Dynavax Technologies Corporation): If you're on the lookout for a supercharged growth story with limited downside risk, the small-cap biotech Dynavax Technologies should definitely be on your radar right now. The core reason is the compelling long-term value proposition presented by the company's fairly new hepatitis B vaccine, Heplisav-B.

As things stand now, Heplisav-B stands to eventually become the go-to vaccine for hepatitis B, which should translate into annual peak sales of $600 million in just the United States. While that's not exactly blockbuster status, Dynavax's current market cap is only $713 million, implying that the market has yet to bake in much of Heplisav-B's upside potential. Most biotechs with a promising new medicine or vaccine, after all, tend to garner far richer premiums.

Why is Dynavax's stock trading at such a marked discount relative to its long-term growth potential? There are two likely reasons. First off, this is the company's maiden voyage in terms of launching a product, which has resulted in slower-than-expected sales during the vaccine's first few months on the market.

Second, Heplisav-B is attempting to grab market share away from entrenched products backed by pharma heavyweights GlaxoSmithKline and Merck. As such, Dynavax may not realize the full extent of Heplisav-B's commercial potential for a few years -- a fact that probably isn't sitting well with this increasingly impatient stock market.

In the longer term, though, Dynavax's stock clearly has the potential to double or perhaps even triple from current levels based on Heplisav's noteworthy commercial opportunity and strong competitive position within the current hepatitis B landscape.

Keith Noonan (iQiyi): If you're interested in the sky-high potential of penny stocks and have an understanding of the big downsides that come with chasing unlikely payoffs, chances are you're an investor with a high risk tolerance. For those who fall into that category, I think that Chinese video streaming company iQiyi presents a great investment opportunity and one that will serve you much better than the vast majority of penny stocks.

Sometimes referred to as the "Netflix of China," iQiyi is a streaming video and multimedia company that was spun off from Chinese search giant Baidu earlier this year. The stock had its initial public offering in March and hit the market at $18 per share before climbing to roughly $46 a share in July and then coming back down to earth amid broader market sell-offs and investor reactions to the company's widening losses. Today, shares trade in the $22 range, but patient investors could see tremendous returns as the company builds up its offerings and increases monetization amid the backdrop of the fast-growing Chinese consumer economy.

Increased investment in producing and acquiring new content pushed cost of revenue up 66% year over year to $1.1 billion last quarter, but the company did manage to hit $1 billion in revenue (up 48% compared to the prior-year period) thanks primarily to new subscriber additions. The video platform has increased its paid-user rolls from 5 million in May 2015 to 80.7 million at the end of September -- impressive growth, but there's still lots of room for subscriber expansion and increasing average revenue per user through price hikes and microtransactions.

iQiyi will face tough competition from Tencent Holdings' and Alibaba's rival platforms, and the Chinese tech sector probably isn't for investors who are averse to volatility, but those who are willing to accept some uncertainty could see huge returns with the streaming company.

Jeremy Bowman (Okta): Cloud-computing stocks have broken out this year like few other sectors have, as investors are finally coming to appreciate the scalability and growth potential of the technology. Okta has been among the big winners this year, with the stock more than doubling year to date. However, there is still plenty of upside potential for this cloud-based security specialist.

Okta is a leader in "identity as a service," specializing in things like enterprise password security and two-factor authentication, and the company continues to blow past its own guidance and analyst expectations. In its most recent quarter, revenue increased 57% to $94.6 million, well ahead of the 40% growth the company had projected, as the company continues to recruit new customers and expand current relationships. Like other cloud systems, its model is designed for customers to integrate new services once they start working with Okta. Among the new or expanded deployments the company reported in the second quarter were with 21st Century Fox, Cisco Meraki, and the City of Phoenix.

This isn't a risk-free stock, however, as Okta is still losing money; the company's adjusted net loss widened to $16.4 million in its most recent quarter, and it's trading at a lofty valuation at a sky-high price-to-sales ratio of 18. However, that figure should moderate, as Okta's revenue is growing quickly. On the bottom line, meanwhile, the company is targeting breakeven free cash flow by the end of the year, and its operating margin has shown solid improvements, with adjusted gross margin up 300 basis points to 73.3% in the most recent quarter, and free cash flow margin improved 540 basis points.

For investors looking for a stock with a long growth path ahead of it and high upside potential, Okta looks like a solid bet.