Please ensure Javascript is enabled for purposes of website accessibility
Log In Help Join The Motley Fool
Free Article Join Over 1 Million Premium Members And Get More In-Depth Stock Guidance and Research
By Matthew DiLallo - Nov 5, 2018 at 9:45AM

Chesapeake Energy shocked investors toward the end of the month when it agreed to buy Wildhorse Resource for a combination of cash and stock. On the one hand, the deal will bolster Chesapeake Energy's position in the oil-rich Eagle Ford Shale, which should give it the ability to double its oil production by 2020. That growth should help accelerate the company's deleveraging plan, with Chesapeake estimating that leverage will fall from its current level of around 4 times debt to EBITDA down to 3.6 times next year and 2.8 times by 2020, which puts it much closer to its 2 times target. 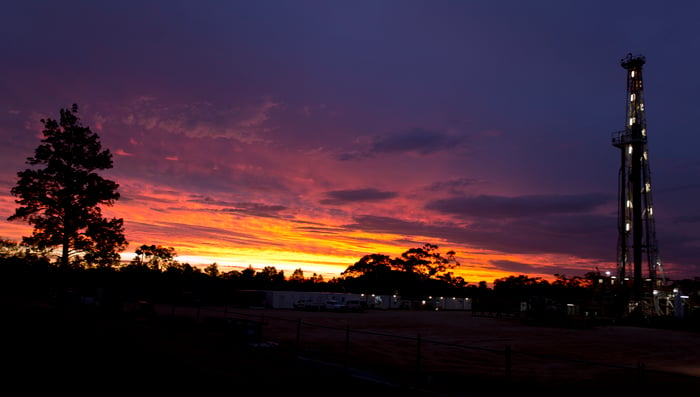 However, while Chesapeake Energy believes the transaction will accelerate its strategic plan, some analysts weren't as bullish. Bernstein spoke out against the move, saying that the deal was eerily similar to Range Resources' (RRC 0.35%) $4 billion acquisition of Memorial Resource Development in 2016, which it anticipated would be a major boost to its strategic plan. However, that deal hasn't panned out as Range Resources anticipated. Bernstein worries that the same thing could happen to Chesapeake given that it is also an "excessively" levered gas-focused company that's buying a private-equity-backed entity to improve its leverage profile and accelerate its strategic plan. Add that to the fact that Chesapeake is giving up a sizable portion of its equity to do this deal, and also has a poor acquisition track record, and this transaction has investors concerned.

Chesapeake Energy's acquisition of Wildhorse has the potential to transform the company by speeding up its shift toward oil while improving its balance sheet. However, the company paid a high price, and that could come back to burn it if oil prices tumble.