Please ensure Javascript is enabled for purposes of website accessibility
Log In Help Join The Motley Fool
Free Article Join Over 1 Million Premium Members And Get More In-Depth Stock Guidance and Research
By Daniel Sparks – Nov 6, 2018 at 8:58AM

Down 13% since early October and 9% since its third-quarter earnings release, is it a good time to buy shares of this tech giant?

Shares of Apple (AAPL -0.22%) have been slammed recently. Between the company's Nov. 1 earnings release and market close on Monday, Nov. 5, shares fell more than 9%. That's a surprising hit for a company that just reported a quarter of strong double-digit revenue and earnings-per-share growth -- both of which grew at an accelerated rate compared to the prior quarter. 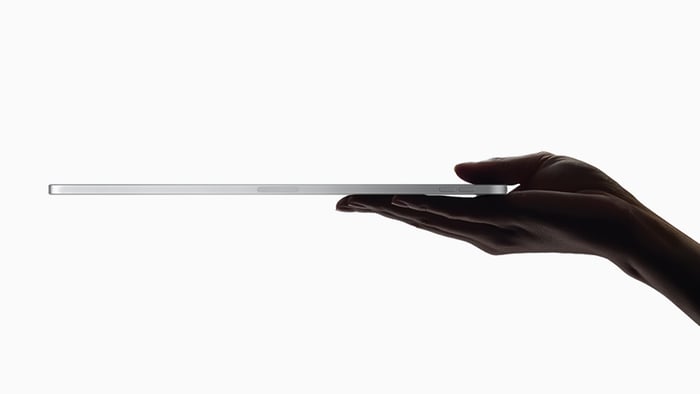 Why shares took a hit

Before investors decide whether they should buy Apple stock on this pullback, it's wise to understand what has made the market more pessimistic on the stock recently. The primary reason boils down to Apple's guidance.

In its fourth quarter of fiscal 2018, the company posted some exceptional results. Revenue and earnings per share soared 20% and 41% year over year. Even more, both revenue and EPS easily beat consensus analyst estimates. The tech giant's revenue guidance for its first quarter of fiscal 2019, however, came in below expectations. Apple said it expected fiscal first-quarter revenue between $89 billion and $93 billion when analysts expected revenue for the period to be just over $93 billion.

With Apple's revenue guidance implying just 1% to 5% year-over-year growth, some investors may worry these lower levels of growth could become the new norm.

Concerns were exacerbated when management said during the earnings call that it would no longer break out unit sales in its quarterly updates, instead opting to focus entirely on revenue.

"As demonstrated by our financial performance in recent years, the number of units sold in any 90-day period is not necessarily representative of the underlying strength of our business," explained CFO Luca Maestri in the fourth-quarter earnings call. "Furthermore, a unit of sale is less relevant for us today than it was in the past given the breadth of our portfolio and the wider sales price dispersion within any given product line."

Despite Maestri's explanation, some investors may have taken Apple's decision not to provide unit sales data for iPhone, iPad, and Mac as a signal that management is worried about its ability to continue growing unit sales.

But are these really good enough reasons for Apple stock to sell off by 9%? Not necessarily. 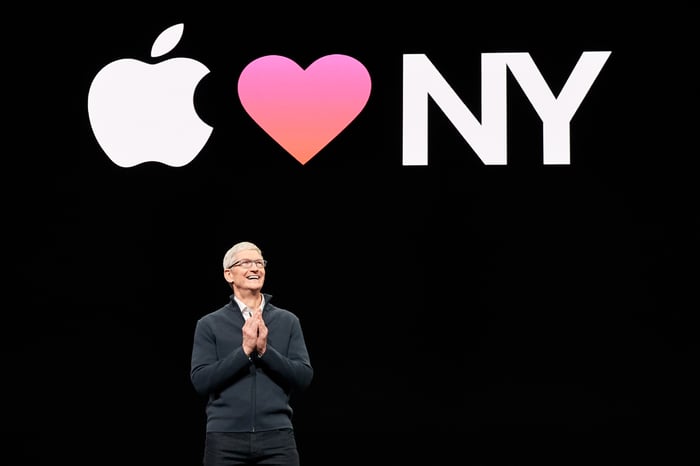 First of all, though Apple did cite weakness in some emerging markets as one of the reasons for its conservative guidance going into the holiday quarter, management also said one of the constraining factors was simply uncertainty about supply. "[W]e have an unprecedented number of products ramping and while our ramps are going fairly well, we have uncertainty around supply and demand balance," Maestri said when discussing the company's guidance in the earnings call. With this background in mind, adopting a conservative forecast makes perfect sense.

It would be more worrisome if Apple's expectation for soft growth were based primarily on demand trends, but this isn't the case. Also, if Apple does face supply constraints during the quarter, they will likely be solved as the fiscal year moves on, leading to higher growth rates in later quarters.

Second -- and perhaps more importantly -- Apple's valuation is now dipping into compelling territory. The company now has a price-to-earnings ratio below 18 -- down from above 22 in early October. This puts Apple at a discount to the average P/E ratio of stocks in the S&P 500 of about 22. For a company with eight quarters in a row of accelerating revenue growth rates, strong pricing power, and 29% year-over-year EPS growth in fiscal 2018, Apple stock looks cheap at 18 times earnings.

For opportunistic investors willing to hold for the long haul, now may be a good time to pick up some shares.