Please ensure Javascript is enabled for purposes of website accessibility
Log In Help Join The Motley Fool
Free Article Join Over 1 Million Premium Members And Get More In-Depth Stock Guidance and Research
By Matthew DiLallo – Nov 6, 2018 at 9:00AM

The real estate developer recorded the highest land sales within its master planned communities in the company’s history.

Howard Hughes' (HHC 0.97%) financial results ebb and flow with the timing of the sale of real estate. In the recently completed third quarter, those sales roared higher due to strong demand for land within its master planned communities (MPCs). On top of that, the real estate development company also reported solid results from the commercial properties it operates as well as from its strategic developments, driving strong earnings and cash flow growth. 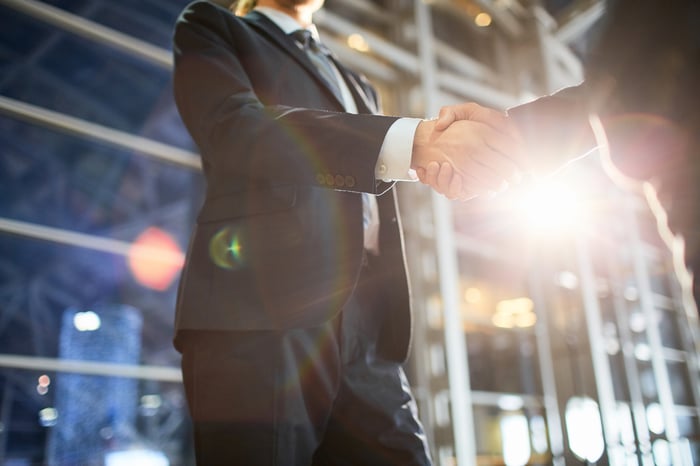 Our third quarter results illustrate the strong fundamentals of our business across our core markets and three key segments. Highlighted by the sale of two superpads in our Summerlin MPC with combined revenue of $91.1 million, our MPC results were particularly noteworthy for the quarter. The strong land sales were accompanied by continued NOI growth in our office and multi-family properties as more of our operating assets continue to stabilize. In Honolulu, the extraordinary pace of sales in Ward Village continued in the third quarter, where we pre-sold an additional 220 homes that bring 'A'ali'i, on which we recently began construction, to 75.1% pre-sold as of September 30, 2018.

Howard Hughes made across-the-board progress during the third quarter. While the MPC sales were the highlight, the company also continues to deliver strong underlying growth from its operating assets, which generate steady cash flow to help offset the lumpiness of land sales in its MPCs and condos in its strategic developments segment.

Howard Hughes has worked hard in recent years to boost the NOI it earns from assets it operates, which will provide the company with a growing supply of steady income. Thanks to the recent acquisition of Lakefront North and strong leasing of its 110 North Wacker development, the company now believes that its portfolio of operating assets will generate $317.6 million of NOI when stabilized in the future, an increase of $9 million from its previous estimate.

Where Will Howard Hughes Corporation Be in 10 Years?