Here's what made these stocks drop on a good day for the overall market.

Wall Street did fairly well on Tuesday, with the midterm elections failing to pour cold water on positive sentiment. Major benchmarks generally finished higher by by more than half a percent, and investors celebrated fairly strong earnings throughout many parts of the overall stock market. Yet not every company was able to deliver a glowing report, and some stocks sank due to adverse conditions affecting their own individual business operations. AmerisourceBergen (ABC 0.29%), GreenSky (GSKY), and Frontdoor (FTDR -0.90%) were among the worst performers on the day. Here's why they did so poorly.

Shares of AmerisourceBergen dropped 5% after the drug company reported its fiscal fourth-quarter financial results. The company said that revenue climbed 11% during the quarter compared to year-earlier levels, and adjusted earnings rose 9% over the same period. Yet despite several accomplishments, including the company's bringing the Rite Aid stores that Walgreens Boots Alliance purchased onto its specialty distribution network, shareholders weren't satisfied with AmerisourceBergen's expectations for mid-single-digit percentage revenue growth for fiscal 2019. Unless conditions improve, AmerisourceBergen could remain under pressure throughout much of the coming year. 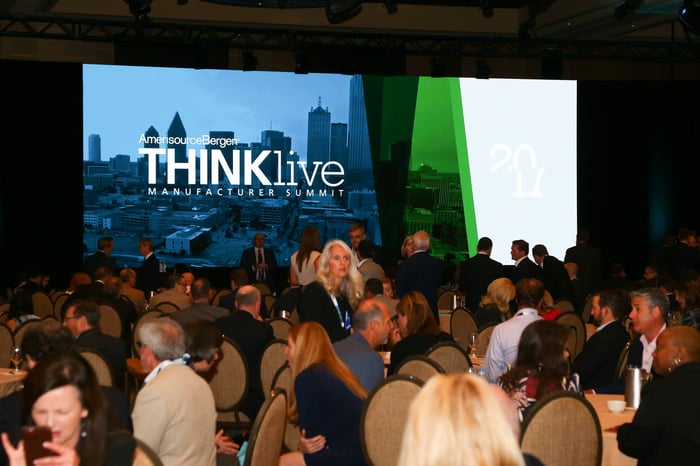 GreenSky stock plunged nearly 37% in the wake of the company's poor performance in the third quarter of 2018. The financial technology specialist said that its transaction volume was higher by a third from year-earlier levels, hitting a new record and helping GreenSky boost its revenue by nearly 30%. Yet what investors focused on was a reduction in the guidance that the point-of-sale technology provider gave for the full year, including a roughly 5-percentage-point drop in transaction volume growth expectations and a more extensive 15-percentage-point cut to adjusted pre-tax operating earnings growth. Some indications suggest that economic conditions are getting less favorable for GreenSky's business model, and that could hamper the company's prospects well beyond the end of this year.

Finally, shares of Frontdoor plummeted 29%. The home-service plan provider, which was spun off from ServiceMaster International at the beginning of October, said that revenue rose 9% during the third quarter of 2018 compared to the year-earlier period. However, net income slumped 7%, and despite a rise in the number of home service plans to 2.1 million, retention rates of just 76% didn't seem to satisfy investors. Moreover, guidance pointed to weakening margin levels for Frontdoor, which could further exacerbate the adverse trends that the company is facing. Rising anxiety about the health of the American homeowner is just one more potential negative for Frontdoor, and until the industry's situation gets clearer, it'll be hard for the company to bounce back.