Frontdoor reported pro-forma profits of $0.58 per share -- one penny short of estimates -- but $377 million in quarterly sales -- better than the $370 million expected. In response to the news, investors have sold off Frontdoor stock by 30% as of 1:30 p.m. EDT. 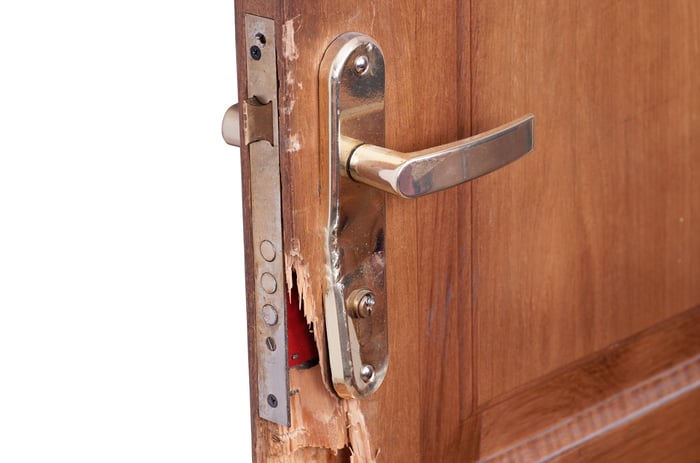 And it's no wonder. Although Frontdoor sales increased 9% year over year, this increase had no (good) effect on profits. "Gross profit," "net profit," "pro-forma" profit, and even EBITDA -- whatever flavor of profit you fancy, they all declined year over year. Gross profit margins in particular dropped five full percentage points, to 47%, "as a result of higher claims costs."

Free cash flow, too, has declined over the first nine months of this year, as compared to the equivalent period from last year -- down 18% to just $104 million.

After breaking the bad earnings news, Frontdoor proceeded to give new guidance. Through the end of this year, Frontdoor expects to record more than $1.25 billion in total sales (slightly ahead of estimates). Management did not say how much profit it hopes to earn on these sales; however, it did give gross margin guidance, warning of a likely further decline into the 43% to 44% range -- so, even worse than Q3's margin.

Given the worsening margins picture, I fear that whatever Frontdoor ends up earning this year, it won't be "enough" for Wall Street.

3 Things Investors Should Know About This ServiceMaster Spinoff

Is This Stock the Next Lyft? 1 Analyst Thinks So