The popular marijuana stock flew too close to the sun.

Shares of Tilray (TLRY) lost more than a third of their value last month, according to data provided by S&P Global Market Intelligence. The marijuana company plummeted back down to earth after enjoying torrid gains earlier in the year.

From its closing price on the day of IPO on July 19, Tilray's stock soared an incredible 541% by the end of September. Investors bid up Tilray's shares in a frenzy during the run-up to the legalization of recreational marijuana use in Canada. Bullish comments by Tilray CEO Brendan Kennedy during an interview on CNBC further stoked investor optimism, fueling additional demand for its stock.

Yet Tilray appears to have gone too far, too fast. At one point, its market cap surpassed that of industry leader Canopy Growth (CGC -2.23%) -- a company with nearly three times the production capacity as Tilray and billions more in cash reserves.

With Tilray's stock having since lost nearly two-thirds of its value since that time, it appears investors finally got a reality check. 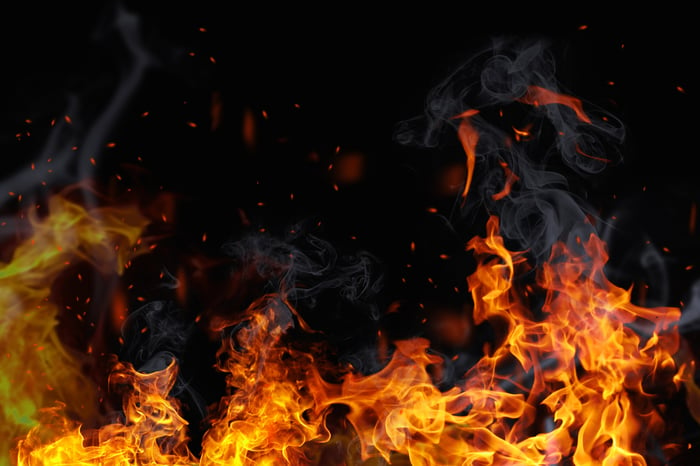 I should note that the prospects for the overall marijuana industry remain bright. Worldwide spending on legal cannabis is projected to reach $32 billion by 2022, according to Arcview Market Research and BDS Analytics.

Tilray should certainly benefit from this trend. It has a deal with Novartis' Sandoz subsidiary to produce medical marijuana products. It's also the first company to gain regulatory approval to export both cannabis flower and cannabis oil products to Germany. And Tilray recently received authorization to supply medical cannabis for a clinical trial in the U.S. All of this suggests that Tilray is moving in the right direction in terms of appeasing regulators and successfully entering new markets.

It's also possible that Tilray could be acquired. I wouldn't be surprised if a company like Anheuser Busch Inbev NV made a move into the marijuana market in order to help offset tepid beer sales. A tobacco titan like Altria could also decide to make a bid for a marijuana producer for similar reasons, with cigarette sales likely to remain in secular decline.

Still, Tilray's stock remains richly priced -- and prone to severe volatility. As such, investors who choose to buy or hold shares in Tilray today should brace themselves for a bumpy ride.