Toyota Motor Corporation (NYSE:TM) said on Nov. 6 that its operating profit rose 11% in the quarter that ended on Sep. 30, on strong demand for profitable SUVs and an ongoing cost-cutting initiative. 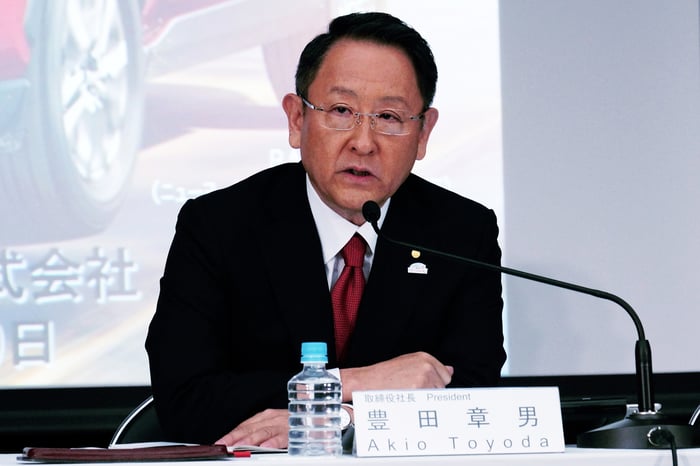 Like many Japanese companies, Toyota's fiscal year begins on April 1. The quarter that ended on September 30, 2018, was the second quarter of Toyota's 2019 fiscal year.

All financial results are shown in billions of yen. Vehicle sales are rounded to the nearest thousand.

Toyota reports separate operating results for each of its regional business units as well as its captive-financing arm. Here's how each performed in the quarter that ended on September 30, 2018.

Toyota increased its full-year guidance for revenue, operating income, operating margin, and net income. For the fiscal year that will end on March 31, 2019, Toyota now expects: