Shares of the e-commerce giant surged as investors cheered the midterm results.

Shares of Amazon.com (AMZN 0.45%) were riding higher today as the e-commerce giant seemed to benefit from the bullish market reaction to last night's election results. Though there was no company-specific news out on Amazon today, the tech titan nonetheless was up 6% as of 2:56 p.m. EST, while the Nasdaq had gained 2.2% and the S&P 500 was up 1.8%.

Stocks broadly rose as investors cheered the results of the midterm election. First, the market seemed to like that results confirmed polls and forecasts that said Democrats would take the House of Representatives and Republicans would keep the Senate as investors generally like predictability. More importantly, investors tend to prefer a divided government as it makes the status quo more likely, and again, investors don't like surprises. Historically, stocks have also done better under a divided government than under one-party control. 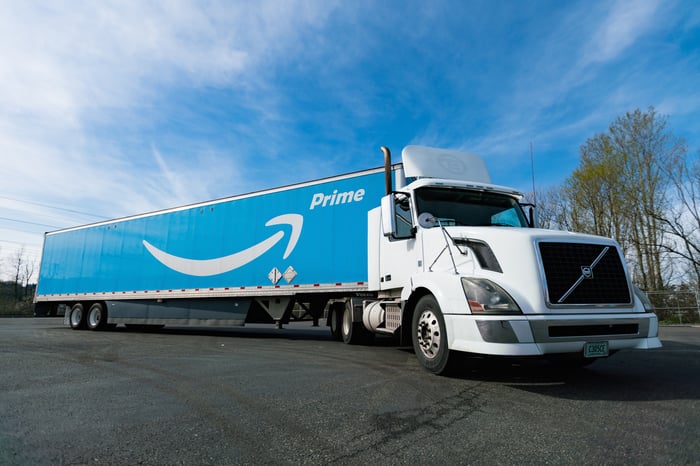 The economy has been on fire recently, and a strong economy is key for Amazon's business and valuation as the company needs a healthy consumer climate to drive its e-commerce business as well as business expansion to support its cloud-computing division, Amazon Web Services. Given the stock's pricey valuation, that price is dependent on investor sentiment as shares would likely crash if the market sells off.

Amazon shares have been highly volatile in recent weeks, sliding with the market sell-off in October and then tumbling after the company issued disappointing revenue guidance in its third-quarter earnings report, which sent the stock down 14% over a two-day span.

However, the stock market has rebounded since then as has Amazon stock, and the election results seem to have confirmed investor confidence in the economy and calmed any nervousness. Still, with the key holiday season around the corner, Amazon shares still up 50% year to date, and questionable guidance for the current quarter, the stock's volatility is likely to continue.