The provider of domain services and cloud-based business tools posted 17% sales growth, thanks to a steadily expanding customer list.

Domain-name registrar and cloud-computing expert GoDaddy (GDDY -0.93%) reported third-quarter results this week. The company added more than 1.1 million new customers over the last year, while also collecting more revenues per account. Looking ahead, the company is about to boost its marketing efforts.

What happened with GoDaddy this quarter? 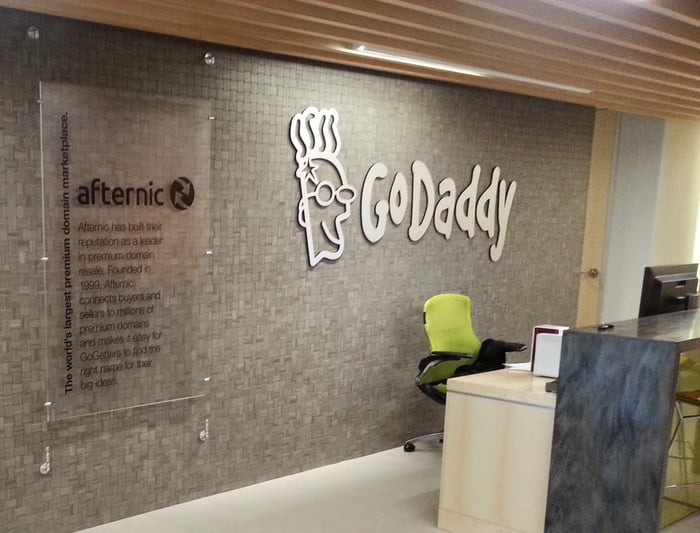 On the earnings call, CEO Scott Wagner explained how and why GoDaddy's operating margins might get slimmer in the near future:

First, Wagner wants to expand his customer base by appealing to new market segments. Then he wants to keep growing that ARPU metric by upselling additional services to current customers. These are always considerations in the operation of any business, but Wagner and his team feel that the time is right to push the marketing messages a little harder right now, even if that comes at the expense of lower profit margins.

That being said, GoDaddy isn't about to go absolutely crazy with its marketing budget. Wagner said:

The idea, boy, can we lean in to go-to-market spend a little harder? Yes, we're looking for it. But again, we're economic enough that we're not going to get over our skis. We'll test, learn. And when we find things that work, we're going to pick it up.

For those not too familiar with skiing concepts, Wagner doesn't want his company to go too far, too fast. Leaning out too far over your skis can lead to a nasty tumble, after all.

Baking the third-quarter's revenue surprise into its longer-term financial models, GoDaddy raised its revenue guidance for the full year by $5 million. The new target of roughly $2.66 billion implies fourth-quarter sales in the neighborhood of $696 million.

Management held its full-year target for unlevered free cash flows steady at $620 million. Reaching that goal would require a fourth-quarter reading of at least $127 million, some 17% above the same period in 2017.

Beyond that, CFO Ray Winborne said that the growth rates in revenues and unlevered free cash flows should hold fairly steady in 2019, as well.

Why GoDaddy Shares Are Up 10% Today