Etsy's net income fell 23% to $19.9 million, or $0.15 per share, which still beat expectations by $0.08. That bottom-line decline was caused by interest expenses and amortization related to its convertible senior notes -- which were partly offset by a tax benefit. Its adjusted earnings before interest, taxes, depreciation, and amortization (EBITDA), which excludes those costs and benefits, rose 50% to $34 million. 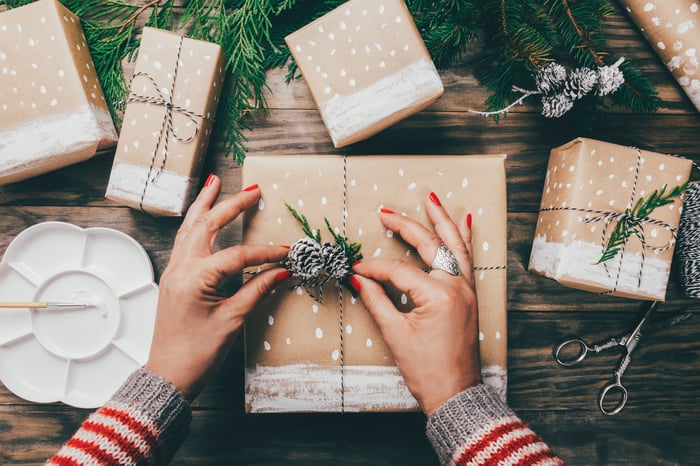 Etsy also raised its full-year guidance across the board, and its acceleration from 2017 was impressive:

Those numbers indicate that Etsy still dominates in its niche, handmade goods, and that challengers like Amazon (AMZN -1.57%) Handmade aren't hurting its growth. In fact, Etsy is generating stronger sales growth than Amazon, which is expected to post 31% sales growth this year.

Etsy held its ground against Amazon with a first mover's advantage, which made it the default platform for handmade gifts. It also only charged per-listing fees after the 40 free listings (versus Amazon's monthly fees), and let sellers provide links to personal sites, build mailing lists, and use other promotional features which were banned on Amazon.

Lucky Break Consulting notably called Amazon Handmade a "dictatorial platform that exerts almost total control over the sales process, stripping sellers of virtually all autonomy." That's probably why Etsy's active seller base continues to grow, climbing 8% annually to 2.04 million in the third quarter. Its active buyers also rose 17% to 37.1 million. That consistent growth is impressive, especially since it occurred after Etsy raised its transaction fee from 3.5% to 5% in mid-July. 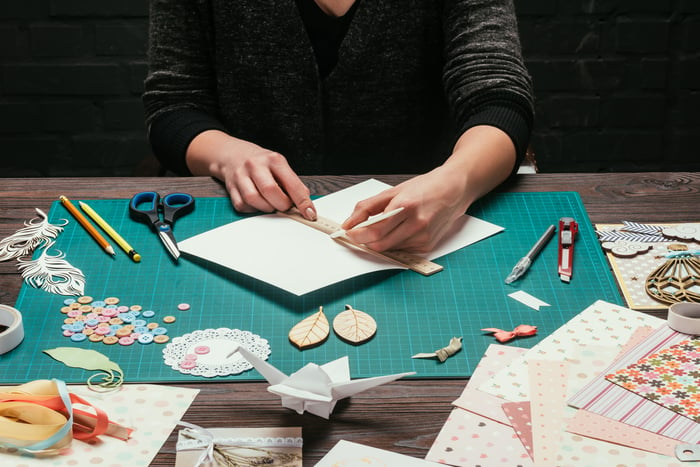 Etsy is also keeping pace with Amazon in technological advancements. It recently migrated its marketplace and mobile apps to Alphabet's Google Cloud, which should help it scale its business across multiple platforms and use better AI-powered recommendations. In the third quarter, 56% of Etsy's GMS came from its mobile app, up from 52% in the prior-year period.

Etsy is also successfully expanding into foreign markets like the U.K. and Germany, and its international GMS accounted for 35% of its GMS during the quarter -- compared to 34% a year earlier.

Buying back stock at higher valuations

The bears often argue that Etsy's stock is too expensive at 69 times next year's earnings. That's slightly higher than Amazon's forward P/E of 66.

Yet Etsy still approved a new $200 million buyback program during the quarter. That amount is equivalent to just 3% of its market cap, but it indicates that the company isn't shy about repurchasing its shares at "lofty" levels. However, investors should note that the buyback could also be used to offset some dilution from its stock-based compensation, which accounted for 6% of its revenue during the third quarter.

However, Etsy's insider transactions don't inspire much confidence. Over the past 12 months, its insiders sold about 608,000 shares but didn't buy a single share on the open market.

Should you buy Etsy after its post-earnings rally?

It's easy to see why investors were thrilled by Etsy's third-quarter report, and its stock could certainly climb higher as its growth accelerates into the fourth quarter. I think growth-oriented investors can nibble on Etsy at these prices, but they should wait for a bigger pullback before buying more shares.