What's that you say? An IPO is in the works?

Scientific Games Corporation (LNW 2.10%) -- printer of lottery tickets and seller of electronic gambling machines -- hit the jackpot after reporting third-quarter earnings today. Shares of this gambling facilitator are up 21.4% as of 11:30 a.m. EST despite the company reporting a big GAAP loss -- mostly because its pro forma loss was less than expected.

Scientific Games reported an "adjusted loss" of $0.14 per share for its fiscal third quarter, less than the $0.18 loss that Wall Street had predicted . 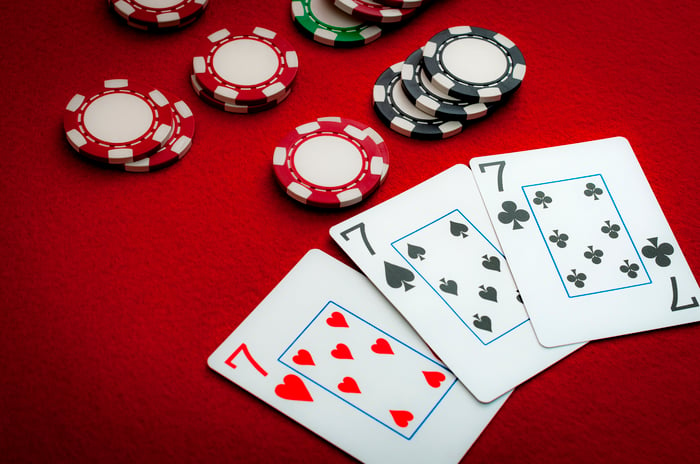 Okay, cards on the table: What's the real reason Scientific Games stock is up so much today? Image source: Getty Images.

Calculated according to GAAP accounting standards, of course, the loss was much bigger. As revenues grew 7% year over year to $821 million, Scientific Games took a $338.7 million charge to earnings to account for restructuring costs and a lost court battle in Q3. This charge exacerbated the loss Scientific Games would have otherwise incurred, with the result that "earnings" for the quarter were negative $3.85 per share.

Still, big as it was, the loss was less than investors had been prepared to see, and that alone probably would have helped to generate a positive reaction in today's trading. Adding to investors' enthusiasm was a comment made in the earnings release, to the effect that "the Company is considering a possible initial public offering of a minority interest in its social gaming business in 2019. ... The Company anticipates that the proceeds from the IPO would primarily be used to repay debt."

This potential for a cash influx that might whittle away at Scientific Games' mammoth $8.9 billion debt load (the company itself has a market cap of only $2.4 billion) gave investors a second reason to cheer this morning -- and, I suspect, is the main reason behind the stock's meteoric rise today.