A worsening outlook and a $125 million settlement with the Federal Trade Commission and Department of Justice took Wall Street by surprise.

Wall Street is turning on the stock after it issued disappointing guidance for the remainder of 2018 and separately announced a $125 million settlement with the Federal Trade Commission and Department of Justice over its failure to stamp out fraudulent uses of money transfers.

MoneyGram wasn't ever expected to have a blowout 2018. In its second-quarter earnings report issued in August, the company's full-year guidance called for revenue to drop 4% to 6% and adjusted EBITDA to fall between 8% and 10% on a constant currency basis compared to 2017. 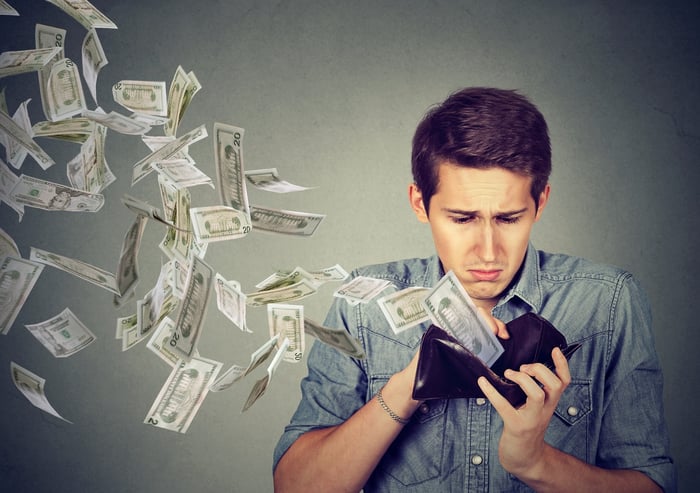 As for the costly settlement, it's related to high levels of fraudulent activity in MoneyGram's network over a period spanning several years. The FTC alleges that the company "was aware for years of the high levels of fraud and suspicious activities involving certain agents, including large chain agents," and did not employ sufficient effort to stamp out fraud over its network.

The FTC went on to write that "[w]hen it did take disciplinary action, MoneyGram focused on lower-volume, "mom and pop" agents with high levels of fraud, while treating large chain agents differently."

MoneyGram will pay $125 million as part of the global settlement that also resolves allegations by the DOJ that the company violated its 2012 deferred prosecution agreement.

The $125 million settlement is substantial, given the company ended the third quarter with less than $209 million of cash on hand. Based on current prices, the market now values the company at just $146 million, effectively erasing the entirety of the settlement from its market capitalization today.