These three discounted stocks have the potential to be big winners.

October was a tumultuous month for the investing world, with steep sell-offs wiping out much of the market's gains on the year and analysts weighing in with takes on what the future might hold. There's no telling exactly what the broader market will do in the short term, but regardless of whether the contraction proves to be short-lived or the start of a more prolonged correction, there are still great companies trading at substantial discounts relative to their fundamentals and potential. Investors who identify these leading, attractively valued businesses and hold for the long term have the chance to record huge returns despite market volatility.

With that in mind, we put together a panel of three Motley Fool contributors and asked each to profile a stock that looks like a steal at current prices. Read on to see why they think Baidu (BIDU -0.06%), Carnival (CCL -7.16%), and Whirlpool (WHR 0.44%) offer great bang for your buck. 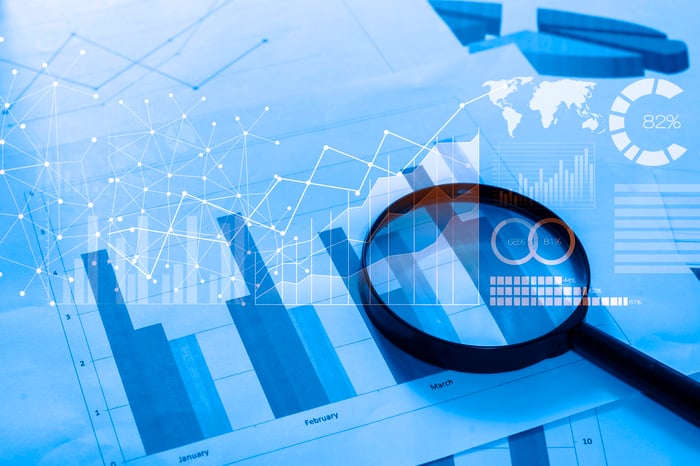 This Chinese search giant is a cheap AI play

Keith Noonan (Baidu): With escalating trade tensions between Washington and Beijing and stocks posting steep sell-offs, investing in the Chinese tech sector might not be a popular move at the moment, but Baidu is looking very cheap. Shares trade at just 19.5 times this year's expected earnings -- a valuation that looks enticing when placed in the context of the business's strong earnings growth, dominant position in China's search market, and huge opportunities thanks to burgeoning tech trends.

The potential for regulations imposed by the Chinese government to slow the company's growth engine is a risk that shouldn't be ignored, but Baidu's potential to benefit from its close relationship with the government shouldn't be ignored either. The country has a keen interest in establishing a leadership position in artificial intelligence (AI) and has made Baidu one of its key corporate partners -- funding some of the company's AI research and adding to its already vast trove of valuable data. China has also chosen the search giant's Apollo operating system as the country's official platform for self-driving vehicles, suggesting that Baidu will benefit from providing the foundation for an emerging app ecosystem and supporting the development of connected-city technologies.

The tech industry is notorious for its sometimes unpredictable twists and turns, and investing in Chinese companies sometimes adds extra layers of uncertainty. Baidu might hit some bumps in the road, but there's a good chance that shareholders will look back at its current stock price five years or a decade from now and view it as absurdly cheap.

Demitri Kalogeropoulos (Carnival): Thanks to a double-digit percentage decline so far this year, investors can now purchase shares of Carnival at an unusually low valuation. In fact, at 12 times expected earnings, compared to 23 for the broader market, the cruise vacation giant's P/E ratio is the lowest it has been since early 2012.

That dire valuation conflicts with recent operating results, which have been solid. Net revenue yields, a core industry growth metric, have beat expectations in each of the last three quarters. And Carnival has been finding room to raise ticket prices while also benefiting from increased onboard spending by guests. Put those positive trends together and it's clear why the company is setting new quarterly sales and earnings records.

In late September, executives predicted a growth slowdown over the next few quarters, which has added to Wall Street worries that the good times may be ending. But management believes there's no risk to their bullish long-term outlook, which relies on favorable demographics and increasing efficiencies to power market-beating profits.

CEO Arnold Donald and his team have been backing up those words with action by aggressively buying back Carnival's stock as its price has dropped. Investors who agree with their long-term vision might want to consider following the company's lead and building up a position in the industry leader.

Tim Green (Whirlpool): Shares of appliance maker Whirlpool have tumbled over the past year, down about 38% from their 52-week high. Tariffs have pushed up the cost of raw materials like steel, and price increases to offset those higher costs have knocked down demand. The bottom line is holding up so far -- third-quarter adjusted earnings per share jumped nearly 19% year over year. But those earnings will almost certainly take a hit if a prolonged trade war leads to a recession.

Whirlpool stock looks very cheap. The company expects to produce adjusted earnings per share between $14.50 and $14.80 this year, which puts the price-to-earnings ratio at a lowly 8. The stock probably isn't quite as cheap as it looks -- the appliance business is cyclical, depending on the strength of the economy, new home construction, and remodeling activity. But that single-digit PE ratio gives investors a margin of safety if earnings take a tumble.

On top of a pessimistic valuation, Whirlpool sports a solid dividend. The stock pays out $1.15 per share each quarter, good for a dividend yield of about 4%. The payout ratio isn't all that high, just over 30% of the company's adjusted earnings guidance, so it should be safe under a wide range of scenarios.

Whirlpool stock is cheap for a reason, but I think the market has taken it a little too far. The stock has bounced a bit off its 52-week low, but it's still a good time to add this high-yield value stock to your portfolio.