Shares of the fast-growing medical device maker Abiomed (ABMD -1.33%) plunged 16% on Monday. The selling pressure appears to have been caused by the release of good-but-not-great clinical data and some tepid commentary from the analyst community.

Abiomed announced the results of a safety and feasibility study for patients with anterior ST-segment elevation myocardial infarction (STEMI) on Sunday. The company was testing whether it would be safe to use the Impella pump to clear out the left ventricle 30 minutes prior to reperfusion.

The results from the 50-patient study showed that there was no increase in major cardiovascular events for 30 days after emptying the left ventricle ahead of time. In addition, the study also suggested that there may be clinical benefits to doing so. 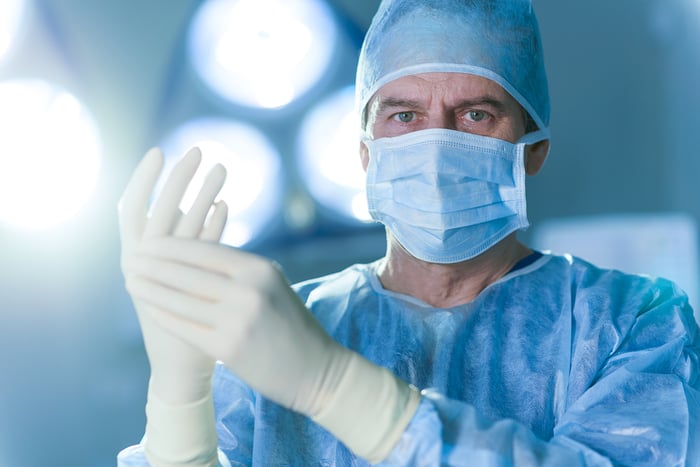 While the data was strong enough to convince Abiomed to move forward with a pivotal trial an analyst at Jefferies released a report to his clients on Monday stating that the report was good but "likely not enough to move the stock."

Since Abiomed's stock has been on fire in 2018 -- shares are up 80% year to date even after including today's drubbing -- it is likely that Wall Street was expecting even better news in the press release and sold in response.

Abiomed's stock is still very richly priced so it is likely to be volatile whenever major news is released. However, short-term price movements shouldn't scare off long-term investors who are bullish on the company's market opportunity.