Shares of Ideanomics, Inc. (NASDAQ: SSC) dipped 16.6% in October, according to data provided by S&P Global Market Intelligence. The fintech and blockchain services company saw its stock sell off along with the broader market in a month that delivered the biggest percentage-based declines for major U.S. indexes since February 2009. 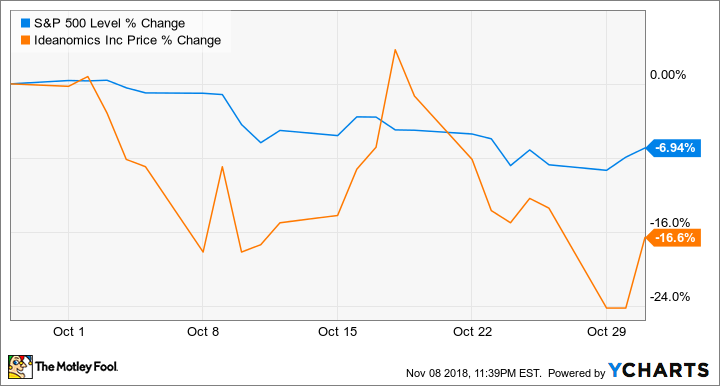 Ideanomics is a small-cap Chinese company with a valuation of roughly $215 million as of this writing. It also has an unpredictable sales and earnings outlook. There does not appear to have been any business-specific news behind the stock decline last month, but those characteristics make shares prone to underperforming the broader market amid selloffs.

Ideanomics published a press release on Oct. 9 detailing a partnership with TPJ Ltd. that will see the two companies open a commodities and energy digital asset exchange. The next day, the company issued a press release stating that it had closed on its $5.2 million deal to acquire a facility previously owned by the University of Connecticut. Ideanomics plans to invest $238 million to turn the property into a technology campus.

2018 has been a year of big swings for Ideanomics stock, which was listed as Seven Stars Cloud prior to the company's name change in August. Shares are currently down roughly 35% on the year.

Ideanomics stock has continued to lose ground in November, trading down roughly 5.4% through the month as of this writing. 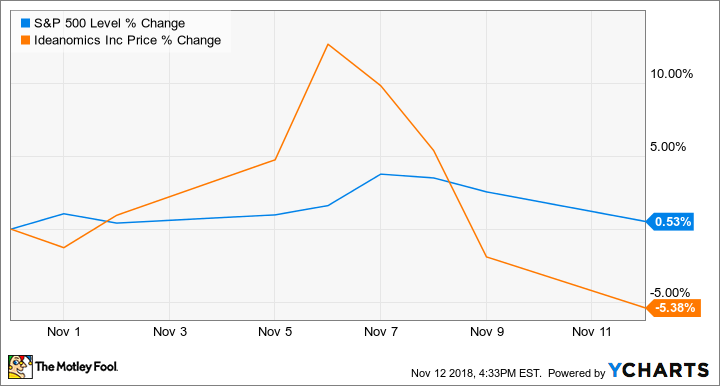 The company is scheduled to report third-quarter earnings results before the market opens on Nov. 14. Management has yet to issue sales or earnings guidance for the period, but the business recorded rapid sales growth in its last two reporting periods -- with first-quarter sales rising 161% year over year to $186 million and second-quarter sales rising 207% to $89.7 million.