Please ensure Javascript is enabled for purposes of website accessibility
Log In Help Join The Motley Fool
Free Article Join Over 1 Million Premium Members And Get More In-Depth Stock Guidance and Research
By Rich Smith - Nov 12, 2018 at 10:33AM

Management continues the happy talk -- but its losses tell a different story.

That sounds like good news, yet Nordic American Tanker shares are trading down in response to it. Why? 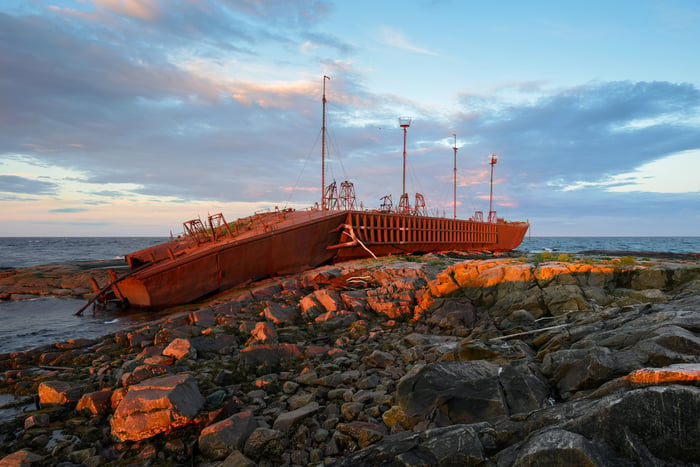 All year long, oil shipper Nordic American Tankers Limited (NAT -2.82%) has been telling investors (in effect): "Don't worry. Just wait. Things are about to get a whole lot better." In February, management predicted that with "the world economy ... enjoying its strongest upswing since 2010 ... the tanker market [too, would] turn for the better in 2018." A few months later, management confirmed that with the market improving, Nordic American's own "financial position ... has changed much to the better" -- so much so that the company saw no need to take on more debt to keep itself solvent.

In fact, just a couple weeks ago, with earnings on the horizon, Nordic American announced with satisfaction that "a stronger tanker market" had yielded a huge revival in tanker charter day rates, to the extent that Nordic can now charge $28,700 a day to charter a suezmax tanker -- four times the charter rate in January.

Problem is, investors got so encouraged by all this happy talk that coming into Q3, Wall Street analysts were predicting Nordic would cut its losses even further than it actually did -- to $0.12 per share -- and record $26.5 million in revenue for the quarter. When Nordic American failed to hit those numbers, it seems investors lost heart.

In Q3, Nordic American continued to speak optimistically about the future (but gave no hard-and-fast guidance on earnings). Management notes that suezmax charter rates are running as high as $50,000 a day as of now. Although "the time charter equivalent for [all of Nordic's] vessels during 3Q2018 was $12,000 per day per ship," management is forecasting "much higher rates" going forward.

At the same time, Nordic American noted that it sold eight of its own suezmax vessels during the quarter and incurred a loss on the sales, which doesn't make much sense if the vessels are getting more valuable in a tight transport market. With analysts continuing to forecast losses for Nordic both this year and next, it's not surprising if investors are beginning to wonder:

If this is the best Nordic American can do in a good market for oil transport, what will happen when things turn south again?