Sonos stock saw another month of double-digit declines after big selloffs in September. 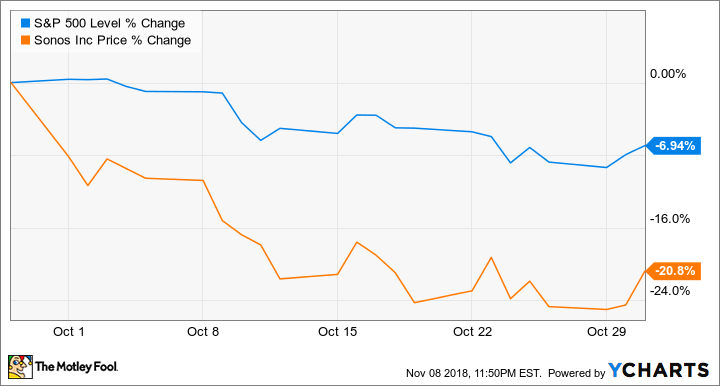 Sonos had its initial public offering in August, pricing its stock at $15 per share. Shares are down roughly 8% from their opening price -- and down roughly 30% from their closing price on the day of Sonos' IPO. 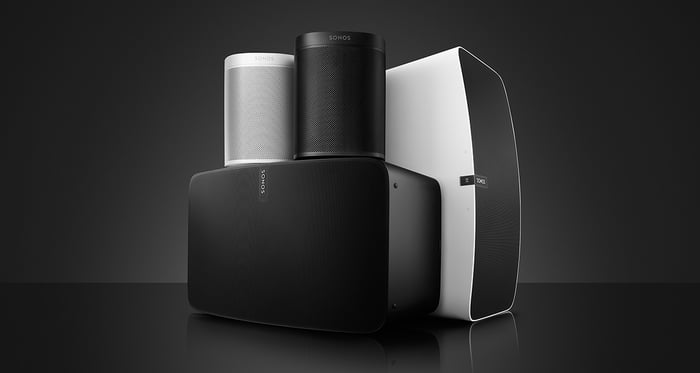 Sonos stock's October selloffs mostly corresponded with the movement of the broader market, but there were also a couple of newsworthy developments. The company kicked off last month with a full-scale product launch in the Japanese market on Oct. 3. Reports also emerged later in the month that the company could be partnering with set-top box and streaming company Roku. These reports suggest that Sonos could soon make its smart speakers compatible with Roku's upcoming voice assistant and device connectivity platform. However, nothing has been confirmed by either company.

Sonos stock has regained some ground in November despite the company announcing early in the month that integration with Alphabet's Google Assistant had been delayed until next year. Shares are up 8.5% in the month so far. 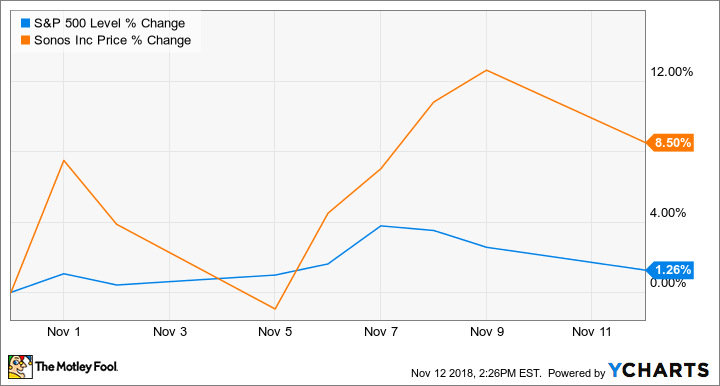 Sonos has a strong brand, and its products are generally highly regarded; however, technology hardware is a cutthroat space, and Sonos faces competition from resource-rich tech companies that are coming to market with smart-speaker offerings. The company's Sonos One smart speaker is integrated with Amazon's Alexa voice assistant and continues to add support for new voice platforms, but there's a risk that low-margin or loss-leading hardware offerings from big tech companies will put pressure on the speaker specialist.

Sonos is scheduled to report fourth-quarter earnings and host a conference call after market close on Nov. 15.