Investors are growing impatient with Groupon’s new CEO, but he’s doing all the right things.

Groupon (GRPN 3.70%) saw its stock sell off over 10% following its recent third-quarter earnings report. But is the hate deserved?

The company is three years into a transformation helmed by new CEO Rich Williams. The multipronged strategy combines comprehensive cost-cutting  while also transforming the business into a voucherless mobile platform. That's in contrast to the company's declining traditional business, which was based on physical vouchers, bought mostly via desktop and marketed through email.

With so many moving parts, Williams has decided to write a letter to shareholders with every quarterly release going forward. Usually a CEO might write a letter to shareholders once a year in conjunction with the annual report. I don't think I've ever seen a CEO write an eight-page letter explaining his strategy every single quarter -- but that's what Williams is now doing.

This past quarter revealed many of the headwinds related to Groupon's legacy business, but also showed signs of improvement in its newer initiatives. Still, the market was apparently not convinced. Who's an investor to believe? 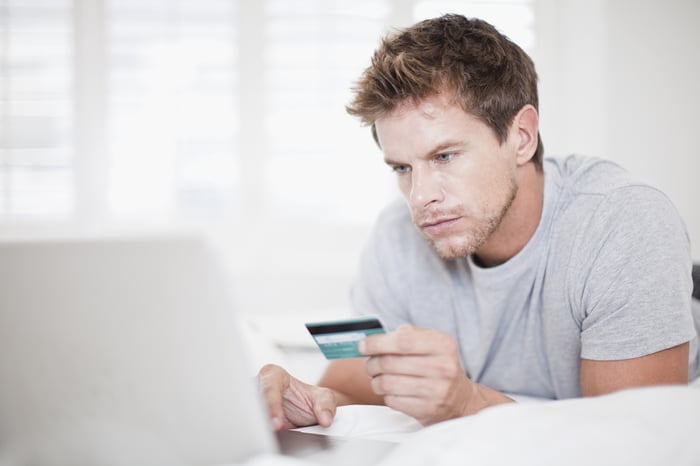 Williams' letter was perhaps most jarring in the degree to which he bluntly outlined Groupon's challenges. Ten years ago, Groupon was a 100% "push" email model, with daily deals sent to customers via their inboxes. But as Williams explained, "Email is in deep decline across e-commerce. At Groupon, that's translated to email dropping from nearly 100% of our business in the early days to around 20% today. Since I took over as CEO, that's meant a roughly $135 million annual gross profit headwind for the business."

Reflecting those challenges, Groupon saw a 7% decline in revenue and a 1% year-over-year decline in gross profit, as well as a small (0.6%) decline in global customers last quarter. No doubt these headline declines fueled the post-earnings sell-off.

While no one likes to see declining revenue, gross profits, or active users, Williams explained how these declines were at least somewhat deliberate, for a couple of reasons.

On gross profits, the company is actively "disrupting the legacy business"  by moving customers toward Groupon+, the company's voucherless offering that links directly with one's credit card. Because Groupon+ purchases aren't recorded as revenue until redemption (as opposed to vouchers, which are paid for up front) Groupon+ has a negative effect on revenue and gross profit as it increasingly displaces the voucher business. Adjusting for Groupon+ and the sale of OrderUp last year, gross profit in North America would have actually been up slightly, instead of down 2%, as recorded.

And on a positive note, Groupon+ is showing early signs of traction. Though it was only launched in the middle of last year, Groupon+ recorded 1.3 million redemptions last quarter, up 500% versus the prior year.

About the user decline...

The other big negative, the decline in users in North America (the international segment actually grew users) could also be spun in a positive light. Groupon shed 1.1 million North American customers, or 3.4% compared with the year-ago quarter. However, Williams explained this was due to a pivot in the company's marketing toward acquiring and retaining high-value customers more likely to spend more on Groupon, rather than one-and-done customers who deliver little long-term value.

To that end, Groupon's more targeted marketing expense actually fell 9% in North America and 3% when customer discounts are factored in -- a higher rate of decline than users. At the same time, the average gross profit per user grew 4% year over year from $26.43 to $27.51.

So while investors seem unnerved about gross profit and customer declines, the company has become much more profitable. That's why, although revenue missed analysts' targets, adjusted earnings per share of $0.04 actually surpassed them. In addition, the company reiterated its full-year adjusted EBITDA target of $280 million to $290 million, which would be an increase of 12% to 16% over 2017.

Despite revenue and customer losses over the past year, Groupon has actually grown trailing 12-month free cash flow 9.3% to $106 million over last year (excluding the recent $57.5 million patent settlement with IBM (IBM -0.04%)). After the post-earnings drop, Groupon now trades at about 15.6 times that free-cash-flow figure.

That's cheap for a growth company, but expensive for a shrinking company. Right now, the market seems to think Groupon is the latter, with revenue and user declines fueling skeptics. But if Williams's plan to reignite profit growth pays off, the stock could be a bargain. That being said, only time will tell if that happens. For now, Groupon remains a risky but high-upside bet.