Did the Snapchat parent disclose enough regarding the threat of Instagram?

Snapchat parent Snap (SNAP -3.51%) is in hot water with both the U.S. Department of Justice and the SEC. Both government agencies have subpoenaed the company, looking for information regarding its March 2017 IPO and whether it misled prospective investors. The news comes a few months after investors filed a class-action lawsuit against the company, alleging that Snap did not fully warn investors of competitive risks, specifically those posed by Facebook's (META -1.19%) Instagram.

The news is also notable because companies tend to be overly cautious when describing risk factors, precisely to avoid these types of situations. Here's what investors need to know. 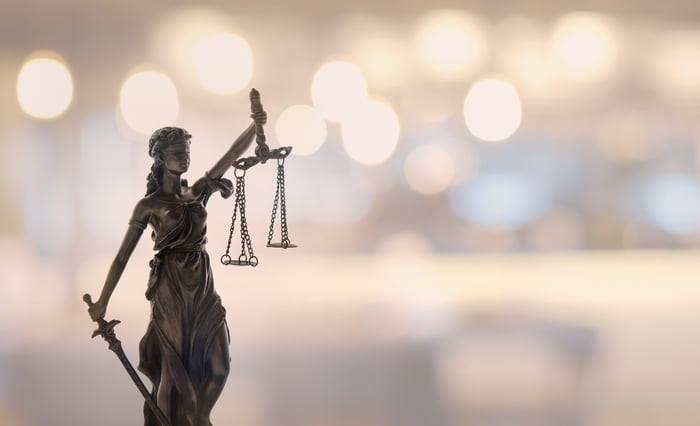 As first reported by Reuters yesterday, Snap believes that regulators are interested in the company's IPO disclosures. "While we do not have complete visibility into these investigations, our understanding is that the DOJ is likely focused on IPO disclosures relating to competition from Instagram," Snap said in a statement.

There is also a matter of a whistleblower lawsuit from a former employee who alleged Snap misrepresented user metrics, a lawsuit that Snap also failed to disclose to investors. Snap maintains the class-action lawsuit's claims "are meritless and our IPO disclosures were accurate and complete."

Investors argue that Instagram was already impacting Snapchat's growth in late 2016, and Snap should have been more up-front with investors about the downside. It's worth noting that Instagram parent Facebook also knew Snapchat's user growth was slowing in late 2016, thanks to a data collection and spying app called Onavo Protect that ostensibly poses as a VPN service. Facebook had acquired Onavo in 2013, and Apple only recently removed it from the iOS App Store.

In terms of the disclosures that Snap did provide in its prospectus, Snap did warn that it faces stiff competition from much larger companies, and specifically pointed to Instagram replicating its Stories format (emphasis added):

We face significant competition in almost every aspect of our business both domestically and internationally. This includes larger, more established companies such as Apple, Facebook (including Instagram and WhatsApp), Google (including YouTube), Twitter, Kakao, LINE, Naver (including Snow), and Tencent, which provide their users with a variety of products, services, content, and online advertising offerings, and smaller companies that offer products and services that may compete with specific Snapchat features. For example, Instagram, a subsidiary of Facebook, recently introduced a "stories" feature that largely mimics our Stories feature and may be directly competitive. We may also lose users to small companies that offer products and services that compete with specific Snapchat features because of the low cost for our users to switch to a different product or service.

I'm not a securities lawyer, nor do I play one on TV, but it seems that Snap adequately disclosed the risks presented by Instagram and other competitors. It's true that the deal was overhyped (Snap billed CEO Evan Spiegel as a "once in a generation founder" and product visionary) and that the company went public prematurely, but those are different topics altogether. If regulators move forward with legal action, there's a decent chance that Snap just ends up settling and moves on.