Investors would have forgiven Enviva Partners for hurricanes disrupting operations in the third quarter, but the company posted better results anyway.

After last quarter's issues with fires, investors probably assumed that Enviva Partners' (EVA) third-quarter results would be even worse. After all, the wood pellet supplier's assets were right where both hurricanes Florence and Michael made landfall. Surprisingly, though, the company reported that operations were relatively undisturbed and produced a strong quarter.

Let's take a look at the bioenergy master limited partnership and what investors should make of its results after facing such adversity in the quarter.

When it comes to events completely out of management's control, Enviva probably couldn't have been hit harder over the past six months. First, there was the fire at its Chesapeake, Virginia, export terminal in the second quarter, which forced the company to divert wood pellet shipments to its other terminals. Then, this past quarter, the company's assets were right in the crosshairs of both Hurricane Florence and Hurricane Michael.

Despite these seemingly catastrophic events, the company's results weren't that adversely affected and management reported minimal damage to its assets in these regions. That in and of itself is spectacular, but the company was also able to generate enough cash in the quarter to more than cover its payout to investors -- its distribution coverage for the quarter was 1.14 times. Granted, it still has a lot of ground to cover to make up for the cash shortfalls in the prior two quarters, but Enviva estimates that insurance recovery payments should make up the difference for the rest of the year. 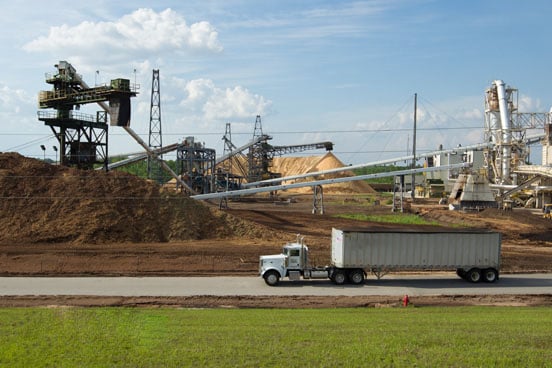 While the company didn't announce any new wood pellet supply contracts in the past quarter, management did say that all conditions were met for two provisional contracts that are now considered firm take-or-pay contracts. The two deals amount to 910,000 metric tons per year of pellets and have contract durations of 15 years. Enviva will start the supplying the two customers under these contracts in 2022, though, so investors shouldn't expect to see the effects of those contracts for some time.

Subject to receiving the necessary permits, we expect to invest approximately $130 million to increase the production capacity at our Northampton and Southhampton wood pellet plants. We are planning to install production equipment and additional emissions controls equipment that we expect will enable us to do two things. First, we'll be able to increase our aggregate production capacity in the partnership by 400,000 metric tons per year.

And second, because we're going to increase the percentage of pine in our raw material mix and drive additional tons over fixed cost, we will be increasing margin per ton as well. So net-net, this would translate to more tons at higher margin. And as opposed to an acquisition or a drop, this can be accomplished directly inside the partnership at a relatively attractive and accretive anticipated investment multiple of 4 to 5 times the expected annual incremental adjusted EBITDA of approximately $30 million. We expect to start benefiting from this incremental EBITDA as the expansions ramp through 2020.

You can read a full transcript of Enviva Partners' conference call here. 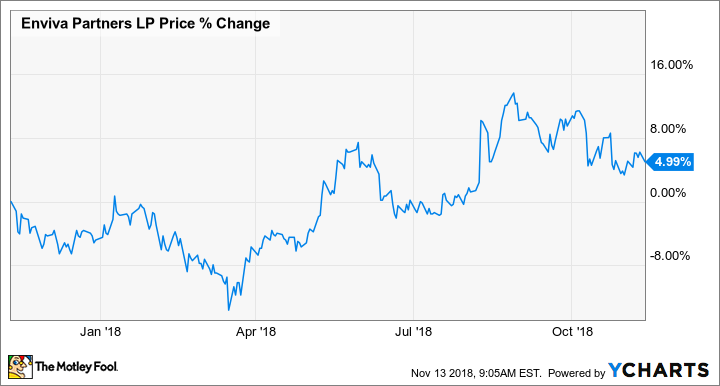 Producing in the face of adversity

Considering the forces of nature working against Enviva Partners this past quarter, it's remarkable that it was able to produce this kind of earnings result. Seeing the company be able to cover its payout with cash left over was incredibly encouraging after reporting such weak results in prior quarters and management's insistence to plow through the troubled times with quarterly payout increases.

The only thing that would give investors pause is the fact that its payout has been spotty in the past. If it can deliver a few solid quarters in a row with more than enough cash to cover its obligations to its investors, then it will be worth reconsidering this high-yield stock.