Great clinical results for its experimental hemophilia B gene therapy lit a fire beneath this biotech stock.

Shares of uniQure N.V. (QURE -1.70%) are skyrocketing today, up 48.4% as of 11:06 a.m. EST, after the clinical-stage biotech announced promising initial results from a phase 2 clinical study evaluating gene therapy AMT-061 in treating patients with hemophilia B.

The details of uniQure's pipeline update really excited investors. UniQure reported that all three patients enrolled in the study achieved and sustained therapeutic levels of Factor IX (FIX) activity at six weeks after a single administration of AMT-061. 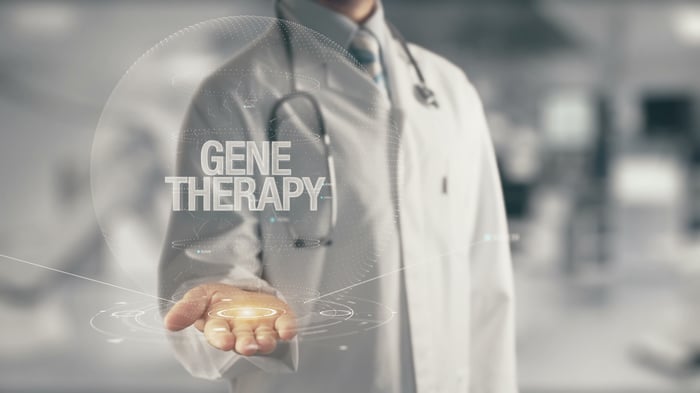 Hemophilia B is a genetic disorder caused by a lack of Factor IX, which promotes blood clotting. Without enough of this factor, individuals can bleed uncontrollably. Factor IX activity above 12% of normal has been linked to significant reduction and even elimination of spontaneous bleeding in hemophilia B patients. UniQure's gene therapy boosted mean FIX level in the three patients in the study to 31% of normal.

The initial safety results from uniQure's study also were encouraging. No patient experienced a material decline in FIX activity following the administration of AMT-061. No patients reported any bleeding. None required infusions of FIX replacement therapy.

No serious adverse events were reported in the study, either. The only issue identified came from one patient who experienced a mild increase in liver enzyme levels. However, the issue was quickly resolved and didn't require any other treatment.

Patients with hemophilia B today typically require periodic Factor IX infusion therapy. If uniQure ultimately wins approval for AMT-061, the company could have a significant market opportunity, as AMT-061 is only administered once.

The next step for uniQure is to submit data from the phase 2 study to the U.S. Food and Drug Administration (FDA) and European Medicines Agency (EMA). This is expected to be done by the end of 2018.

The company plans to use the phase 2 data to help determine the dose to be used in a pivotal phase 3 study. The dosing phase of this phase 3 study should begin in the first quarter of 2019.

Although the phase 2 results announced today were only for three patients, there appears to be considerable promise for AMT-061. If uniQure's phase 3 results are equally successful, the stock should have even more room to run.

Why Shares of uniQure Rose 14.61% on Wednesday

Why uniQure Stock Is Crashing Today

Why uniQure Stock Is Tanking Today
405%