Fears of a major failure at one of these companies could prove to have been overblown.

Friday saw a mixed session on Wall Street, with the Dow Jones Industrial Average posting a triple-digit gain even as broader market benchmarks saw less dramatic moves. Investors responded well to optimistic comments from President Trump regarding the potential for a resolution to the U.S. trade dispute with China, and some signs that monetary policy from the Federal Reserve might get a little looser in 2019 also boosted market sentiment. Moreover, some positive news for several high-profile stocks helped to lift the mood. PG&E (PCG 0.85%), Sonos (SONO -1.01%), and LGI Homes (LGIH 0.09%) were among the best performers on the day. Here's why they did so well.

PG&E gets a lifeline

Shares of PG&E soared nearly 38% after the hard-hit California utility company got some reassurance from state regulators about its potential liability for ongoing wildfires in the northern part of the state. A spokesperson for the California Public Utilities Commission said that "a utility filing bankruptcy is not in the best interest of consumers," signaling the regulator's willingness to look for alternatives to a bankruptcy filing even if PG&E is found liable for the wildfires. With bond rating agencies having reduced PG&E's credit rating, investors have worried that access to capital could dry up very quickly. The PUC comments were useful in countervailing that sentiment, but ultimately, it could be up to lawmakers to decide whether the utility bears the full cost of any wildfire liability. 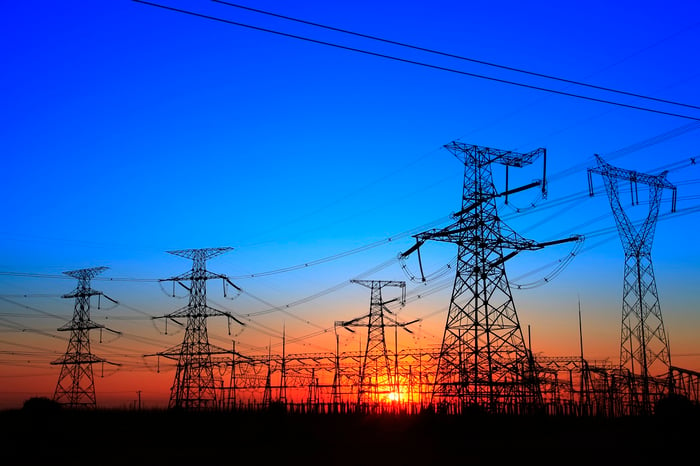 Sonos stock climbed 9% in the wake of the company's release of its fiscal fourth-quarter financial report. The maker of home audio systems said that sales climbed 27% from year-ago levels on the strength of the company's Beam and Playbar offerings, and Sonos came closer to reaching profitability during the quarter. Revenue growth has accelerated over the past two years, and the release of a smart-speaker system that doubles as part of a premium sound package resonated well with high-end consumers. In a strong economy, expectations for Sonos to keep making progress seem quite reasonable, and guidance points to sustained growth for the foreseeable future.

Finally, shares of LGI Homes picked up 6%. The homebuilder was just one of many of its industry peers that reacted favorably to positive comments from Federal Reserve Vice Chairman Richard Clarida, who said that the central bank is getting closer to a neutral monetary policy stance after its multiple rate increases earlier this year. Market watchers took those comments as a sign that future increases might come less quickly than previously anticipated, and that would be good news for LGI Homes and customers wanting to buy homes. If interest rates can stay low for a while, it could help prevent a pullback in the housing sector that in turn could prompt further declines in the stock market, and investors hope that LGI will be able to keep moving forward amid more favorable industry conditions.

Dan Caplinger has no position in any of the stocks mentioned. The Motley Fool owns shares of LGI Homes and has the following options: short January 2019 $15 calls on Sonos Inc. The Motley Fool has a disclosure policy.