Please ensure Javascript is enabled for purposes of website accessibility
Log In Help Join The Motley Fool
Free Article Join Over 1 Million Premium Members And Get More In-Depth Stock Guidance and Research
By Natalie Walters - Nov 17, 2018 at 8:04AM

The Chinese e-commerce leader moved a massive amount of merchandise during its tenth annual sales extravaganza.

Alibaba (BABA 3.56%) just wrapped up its tenth annual Singles Day sales event on Nov. 11, and the results present a mixed story for the Chinese e-commerce giant.

On the one hand, the company set another sales record, moving a gross merchandise value (GMV) of $30.8 billion during the 24-hour extravaganza -- considerably higher than the $25.3 billion in online sales it recorded last year on Singles Day. That total also dwarfs the estimated $4 billion in sales Amazon produced on its most recent Prime Day in July. However, Alibaba's year-over-year Singles Day sales growth failed to live up to prior results. 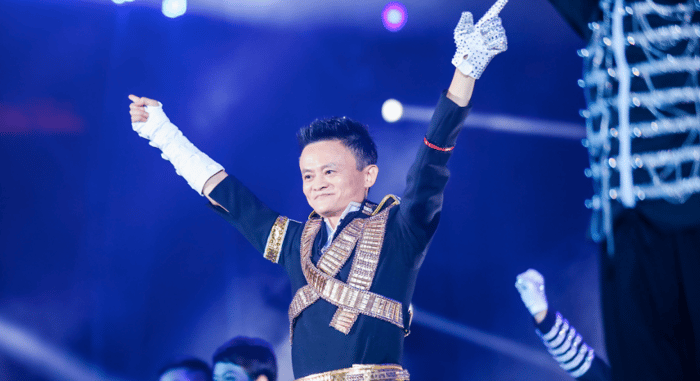 The Singles Day number no one wants to talk about

Alibaba's sales for Singles Day grew by 27% in yuan terms year over year, which sounds impressive until you compare it to 2017's 39% sales growth for the event -- or to any other year's rise, for that matter. This was the slowest growth rate for Singles Day sales in the decade that the company has been promoting the event.

That's a surprising result from a company that has become known for blasting through sales expectations, and for consistently posting annual revenue growth above 50%. However, it's less jarring in context: China's economy grew at its slowest pace since 2009 last quarter, due to the U.S.-China trade conflict and a meltdown in China's stock markets.

Alibaba Executive Vice Chairman Joe Tsai addressed concerns about the Chinese economy during the event, suggesting that people shouldn't be too worried about the latest metrics because the country's middle-class consumers are still shopping. However, there are differences in buying habits from past years. Currently, Tsai observed, consumers are buying more fast-moving items, such as beauty products.

Alibaba relayed that the main data takeaway from the event is the appearance of tangible results from its New Retail project, the company's strategic plan to revamp physical stores to allow them to combine the best of offline and online shopping experiences. Specifically, Alibaba has been using its technology and data to help such stores in China lift their sales and stay relevant in the omnichannel world.

More brick-and-mortar merchants than ever participated in Singles Day, as Alibaba helped businesses create the digitized "smart stores" that allowed them to take part in the shopping extravaganza. About 200,000 smart stores joined the event.

These New Retail projects have become a focus for Alibaba over the past few years because the company believes its growth path lies in digitizing all retail sales in China. Right now, only about 15% of China's total $5 trillion retail market is online. So if Alibaba doesn't help introduce next-generation digital tools in China's physical stores, then it's potentially missing out on a slice of revenue tied to 85% of retailing in the country.

In other words, the company is working to make its total addressable market the entire $5 trillion retail market in China. That would provide vast long-term growth potential for both Singles Day sales and, of course, overall annual sales.

While this year's Singles Day sales growth was relatively weak, the factors that weighed on it were primarily outside of Alibaba's control. And if you zoom out, China's economy is still exhibiting strength and is likely to rebound from this temporary setback. If it does sooner than later, next year's Singles Day sales growth may top 40% growth again.