Funko shareholders have seen big gains this year even with the stock's recent pullback.

Funko (FNKO -2.56%) stock is crushing the market in 2018, trading up roughly 141% on the year as of this writing. Strong sales and earnings growth combined with a string of new licensing deals have helped the pop-culture merchandise company more than double its valuation year to date despite recent sell-offs and volatility for the broader market. 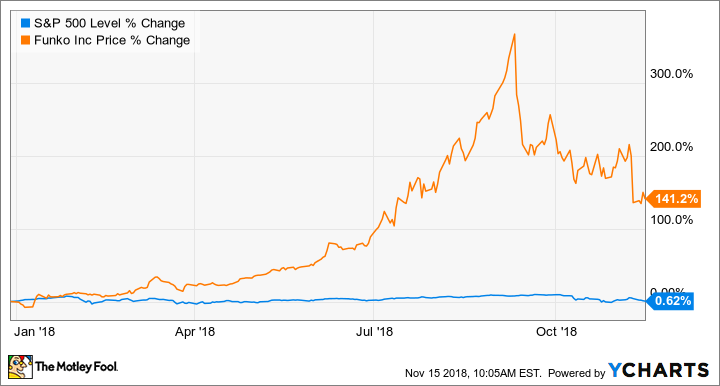 Funko, which is best known for its line of collectible vinyl Pop! dolls based on popular-culture properties, had a rocky start following its initial public offering in November 2017. However, its stock has bounced back big time in 2018 and has posted big gains even with steep sell-offs following its most recent earnings report. 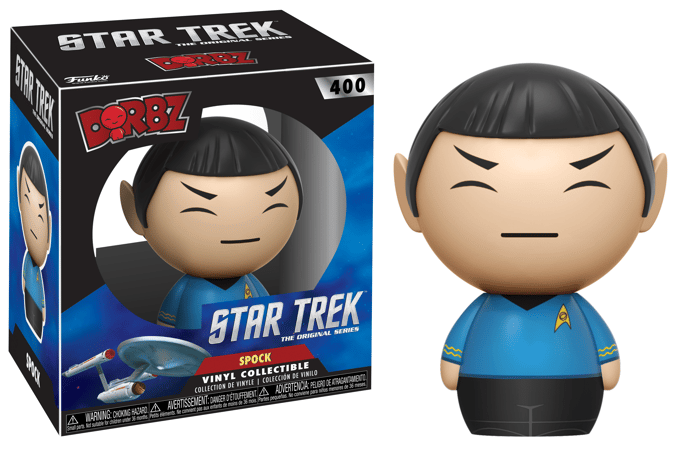 Funko priced its shares at $12 for its market debut last November, but shares traded at just over $6.50 by the time 2017 was done.

Funko posted huge gains across the summer of 2018 as the company published impressive earnings results and signed deals to create merchandise for new properties. The stock climbed 40% in July following the company's announcement that it would launch tie-in toys for both Pokemon and Fortnite -- two hot video game properties. The company followed that news up with strong quarterly results in August, with second-quarter sales increasing 32% year over year to reach $139 million and net income rising roughly 119% year over year to reach $3.5 million. Shares closed out August up roughly 45% and continued to gain ground before hitting an all-time high in September before selling off later in the month.

October saw Funko stock lose ground along with a pullback for the broader market, and shares are now down double digits in November on the heels of the company's recent third-quarter release. Sales rose 24% year over year in the September-ended quarter to come in at $176.9 million, and adjusted earnings per share were flat at $0.27 but came in $0.05 ahead of the average analyst target. Despite sales and earnings beats, a substantial decline for the company's gross margin caused net income for the period to decline 2% compared to the prior-year period and sent shares tumbling 21% in the next day of trading.

Along with reporting third-quarter results, Funko raised its full-year sales outlook to between $645 million and $650 million, up from its previous target for sales, between $620 million and $630 million. Hitting the midpoint of its new sales guidance would see the company delivering roughly 25.5% sales growth on the year. Management also raised its full-year adjusted earnings target, guiding for adjusted EPS of between $0.68 and $0.73. That's up from the previous target of per-share earnings between $0.65 and $0.70, with the new target representing 90.5% year-over-year growth at the midpoint.

Funko's business looks poised for more strong growth in the near term, but investors should proceed with the understanding that the long-term outlook is much less certain. The overall entertainment industry will likely see continued expansion, and that should help spur momentum for pop-culture merchandise, but there is substantial risk that Funko dolls will prove to be a fad. Figures accounted for roughly 80% of the company's sales last quarter.

While Funko's business is somewhat diversified because its products are built around a wide range of entertainment properties and because its sales are spread out across retail channels, the appeal of the company's products is also tied to a signature aesthetic. If Funko Pop! dolls continue to be a growth driver, investors could still see big returns on the stock. However, if the company's designs fall out of favor with the pop-culture merchandise market, the company will risk a substantial contraction if it fails to deliver new hit products.

Looking to Spice Up Your Portfolio? Buy Funko Stock
409%