Jack In The Box

Tuesday was another rough day on Wall Street, with the Dow Jones Industrial Average falling by about 2.2% and other major benchmark indexes seeing declines in the neighborhood of 1.8%. Nervousness about the state of the retail industry weighed on investor sentiment, especially as we enter a make-or-break holiday sales period for many big-box retailers that are counting substantial turnarounds as they finish the year.

Yet even as the broader market slid lower again, some stocks with individual tailwinds bucked the trend. Campbell Soup (CPB 0.91%), Jack in the Box (JACK 0.94%), and Pinduoduo (PDD 0.02%) were among the best performers on the day. Below, we'll look more closely at these companies to explain why their stocks did so well.

Campbell Soup climbed 5% after releasing its fiscal first-quarter report. The packaged food giant's results didn't look entirely appetizing, as its sales jump of 25% stemmed entirely from acquisitions. On an organic basis, net sales dropped 3% from year-ago levels, and adjusted earnings were down by double-digit percentages. Yet investors had feared that Campbell would do even worse, and even though the company has essentially written off fiscal 2019 as a transition year, shareholders seem to be patient with the pace of the soup maker's turnaround thus far. 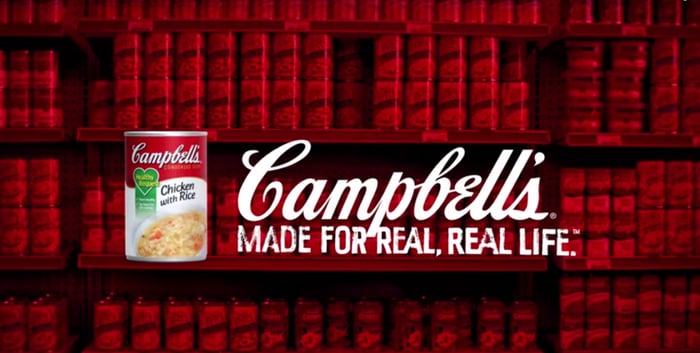 Jack in the Box springs ahead

Jack in the Box gained 6% following the release of its fiscal fourth-quarter results. The fast-food chain's adjusted operating earnings were modestly higher year over year, and it delivered same-restaurant sales growth of 0.5%. Revenue plunged 24% due to the company's sale of Mexican restaurant chain Qdoba, but Jack in the Box's guidance for comps growth of 0% to 2% in fiscal 2019 was well received, as was its outlook for continued franchise expansion. Franchisees haven't been entirely happy with the chain's top leadership lately, but Tuesday's share price pop suggests shareholders still have some confidence in management.

Finally, Pinduoduo jumped 16%. The Chinese e-commerce specialist said that gross merchandise value almost quintupled year over year in the third quarter, with average monthly active users more than tripling to 231.7 million and active buyer and spending-per-buyer metrics also rising well. The company, which aims to offer a fun shopping experience to customers, has pursued growth at all costs -- a strategy reflected in its skyrocketing net losses. Shareholders will find Tuesday's share price bounce welcome new after its recent declines due to trade war concerns, but investors should be prepared for this company to exhibit continued volatility.